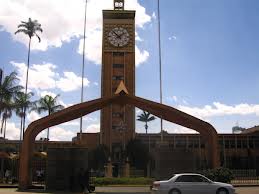 In a move geared to enhance his legacy, President Mwai Kibaki declined to assent to the Finance Amendment Bill (2012) passed by parliament on Thursday 4Th October 2012.

The amendment would have seen MPs go home with Sh2 billion in hefty severance allowance at the end of their term next year.

A statement from State House said the President had objected to the Finance Amendment Bill (2012) because it was â€œfirst unconstitutional and untenable.â€

â€œComing shortly after the increment of salaries for teachers and doctors, the severance pay for Parliamentarians would lead to an unsustainable wage bill,â€ read the statement.

Meanwhile, the Head of State has assented to the amendment in the electoral laws extending the period to January 4th, 2013 during which Members of Parliament should have chosen the political party on which to seek nomination and contest a political seat in the forthcoming general elections.

The Bill had sparked public outrage by Kenyans, it was the most discussed item on social media through the weekend, it reached a crescendo when Kenyans on twitter took to the streets on Tuesday midday to protest the hefty send off.

Prime Minister Raila Odinga was among the leaders against Bill saying he was â€œagainst the MP’s gratuity bonus.”