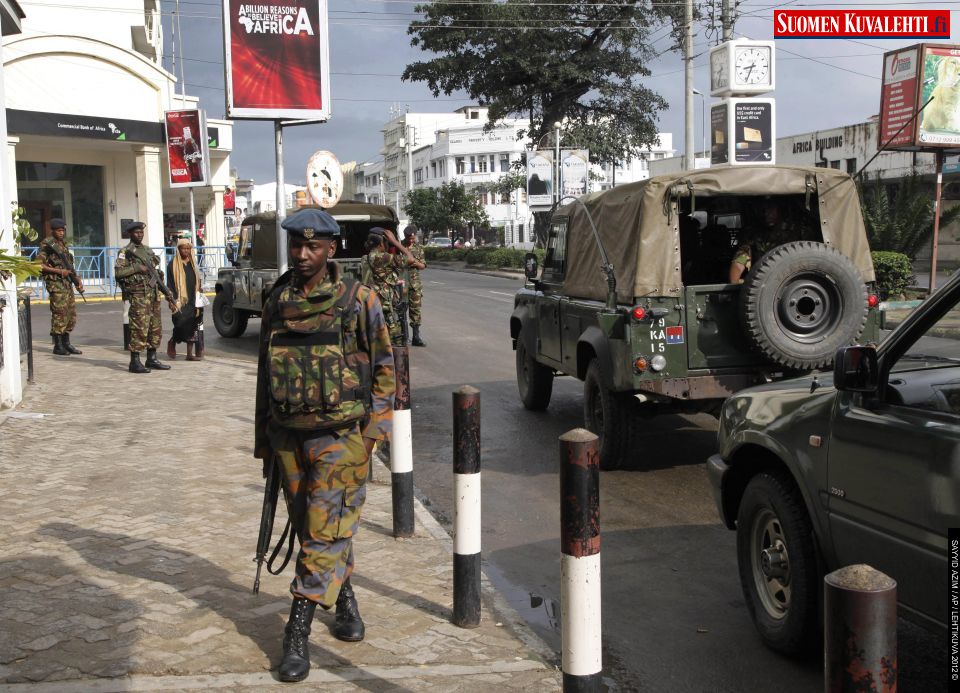 Prime Minister Raila Odinga has blamed the violence in Mombasa on enemies who are keen on plunging the country into chaos by creating religious animosity between Christians and Muslims.

The PM has been in Mombasa since Tuesday night to meet Christian and Muslim leaders, he condemned Sheikh Rogoâ€™s killing and termed it an act by outside elements.

“We suspect the hand of the enemies of our country in this, those who want to create religious animosity,” Prime Minister Odinga told reporters after addressing religious leaders in the coastal city.

“It is an attempt at creating a division between Christians and Muslims in our country so that it appears it is a religious war,” said Mr Odinga, adding that an underground organisation may be behind the violence.

Rioters have set fire to at least six churches, stoking fears that the unrest may become more sectarian in a city where grenade attacks blamed on Al Shabaab and their sympathizers. This has created tension among Christians and Muslims.

The Prime Minister warned that the government will not tolerate anarchy and was committed to providing security to all.

The coastal city has been ground zero to violence pitting the police and Muslim youths since the Monday killing of radical Muslim cleric and terror suspect Sheikh Aboud Rogo.

The violence has claimed at least four lives including three police officers.

Meanwhile President Kibaki arrived in the port city to open the Mombasa International Show Thursday. The president arrived at 10 am Thursday morning amid tight security.

Kibakiâ€™s arrival in the city is viewed as a show of confidence by the government that all was well on the ground, and that government will not let the violence to affect the tourist and logistics hub of the country.

In the city, General Service Unit (GSU) officers have taken charge of strategic locations, they locked down Kingâ€™orani estate and Majengo, The GSU were also reported to have raided homes in search of suspected planners of the violence.

All roads leading to Masjid Musa, the mosque in Majengo where Sheikh Rogoâ€™s body was briefly taken on Monday were closed for the public; the area is a sea of the GSU officers and nobody is allowed into that mosque.

Church organization worried of the trend

The umbrella body of protestant churches the NCCK said in a statement that it sees a growing trend in the increasing attacks on Christians and Churches.

“The violence appears well planned, pre-meditated, and systematic. In the last five months alone, 11 churches have been attacked while attempts were made on others,” the NCCK general secretary, Peter Karanja, said.

“Christians have been killed, injured or maimed for life. We see this as an intentional provocation of Christians to retaliate.”

Local security analysts are optimistic that calm will be restored by end of the week, however they intimate that there will be heightened occasional grenade attacks owing to the historical injustices especially issues related to land ownership and inequitable sharing of resources by the Nairobi government.

Though the Mombasa Republican Council a secessionist group has denied any involvement, many of its sympathizers could take advantage of the situation and to propel the agenda.

There are high chances that trained militias especially those linked to terrorists may increase attacks building on the momentum they gained since Monday.