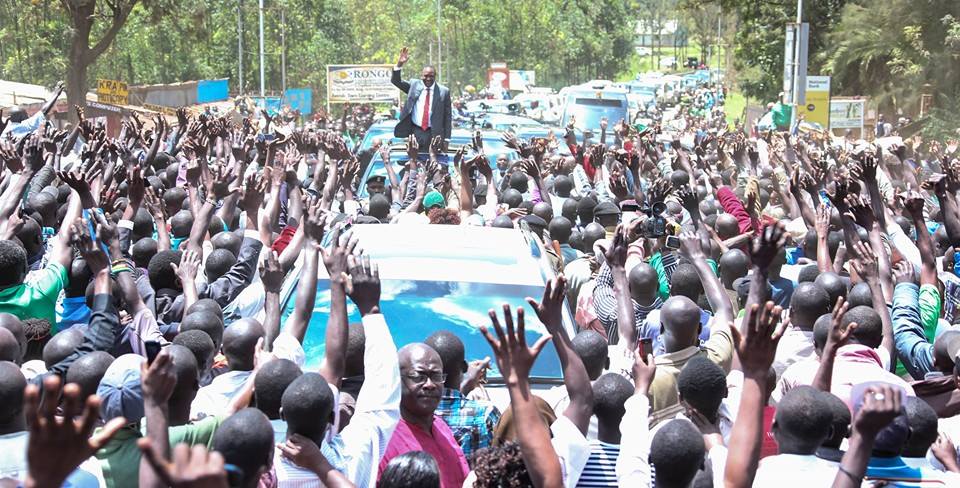 The true position is that;

1.when the Governor stood to speak, gates were opened and some goons got in

2. They threw shoes in the air and some towards dais, Alarmed presidential security guards immediately threw cordon around the tent where President Kenyatta and other dignitaries were. The President remained calm.

3. When President stood he spoke in a hurry..but he was NOT booed

The President had some goodies for the people of Migori specifically the Sugarcane farmers and also a message to people , here are the three key take aways

A) Government wrote off Sugar debts worth 447m for Sony Sugar and said 1.1b available for cane farmers to be debt free

B) President Uhuru promised serve all areas of Kenyans equally

In addition let it be remembered that Raila Odinga’s convoy was hurled with stones at different times in 2007 and 2013 in Meru, Embu and Kiambu. In all those intances nobody condemned the respective tribes in wholesale.