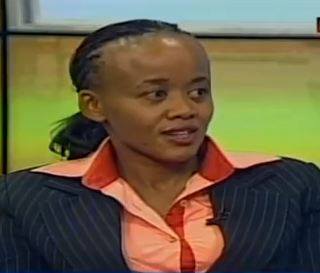 Kethi Kilonzo the daughter of the late Makueni Senator- Mutula Kilonzo has withdrawn from the MakueniÂ  Senate race.
In a tweet posted on Tuesday Kethi said she will not compete against her Mother Nduku Kilonzo as it is a curse.
“A child does not compete with the mother. It is a curse. I will not support Jubilee. To stand with my father’s enemies is a worse curse,” she stated.
She added, “Today is a dark day. May the people of Makueni and all who have stood with me one day find it in their hearts to forgive me.

She vowed not to support Jubilee Coalition or its candidate in the race saying standing with her father’s enemies is a ‘bigger curse’.