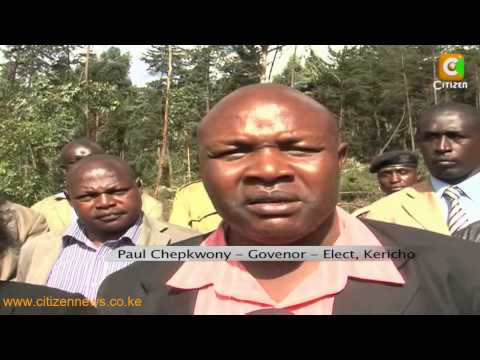 Speaking during an investment forum in Litein Town in Bureti, Chepkwony said their push for a referendum is justified since Uhuru and Ruto have refused to listen. He noted that the only language Uhuru and Ruto understand is the referendum language to increase money to Counties.

â€œWe are not against the Jubilee Government. In fact, we respect President Uhuru Kenyatta and his Deputy, William Ruto, 100 %. But we are simply asking for monies allocated for devolved functions. We are not ready to keep quiet on this,â€ said Chepkwony.

The URP Governor accused Uhuru/ Ruto of withholding sh103 billion meant for the construction of â€˜Dâ€™ roads and other projects in the Counties, saying only the referendum will ensure Counties get what is due to them.