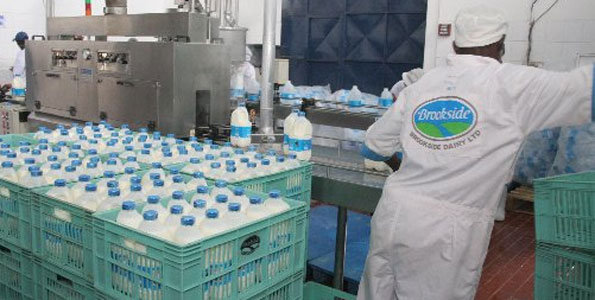 Nairobi – French food group Danone said on Friday it was buying a 40 percent stake in Brookside, East Africa’s top dairy producer, as part of plans to expand in new markets amid weak growth in Europe and a slowing economy in China.

The deal, whose financial terms were not disclosed, was sealed with the controlling Kenyatta family, and will boost Danone’s earnings, Emmanuel Marchant, vice-president for corporate development, told Reuters by phone.

Africa has in recent years become a major area of expansion for Danone and other global consumer companies such as Unilever, Nestle, Pernod Ricard and Diageo , attracted by the spending power of the growing middle class.

“Africa is an important new frontier for Danone for years to come…We can grow organically but also through acquisitions… We continue to look for nice opportunities,” Marchant said.

The deal with Brookside, which had 2013 sales of around 130 million euros ($175.8 million) and has a share of about 40 percent of the Kenyan dairy market, gives Danone access to the largest milk collection network in East Africa with over 140,000 farmers and a distribution network of more than 200,000 outlets.

Founded in 1993 in Kenya, Brookside, which also exports to Uganda and Tanzania, has a portfolio spanning from fresh to powdered milk, yoghurt and butter.