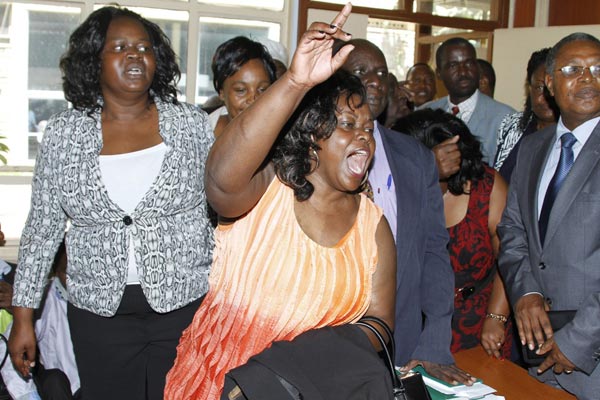 The Security (Amendment) Bill 2014 has been passed with a raft of amendments.

The Bill was passed on Thursday afternoon despite three disruptions which saw the house erupt into chaos.

According to some of the amendments, Registrar of persons will now have the power of amendmentâ€™s following the adoptions of the security law.

The National Intelligence Service (NIS) will now be able to arrest crime suspects and hand over to the nearest police station.

The Bill was passed despite attempts to disrupt the process by the opposition.

Amidst chants from the Cord members, the Speaker was forced to organize the order paper, putting other amendments before the Security Laws for discussion.

CORD senators have vowed to move to court to challenge the passage of the controversial bill.