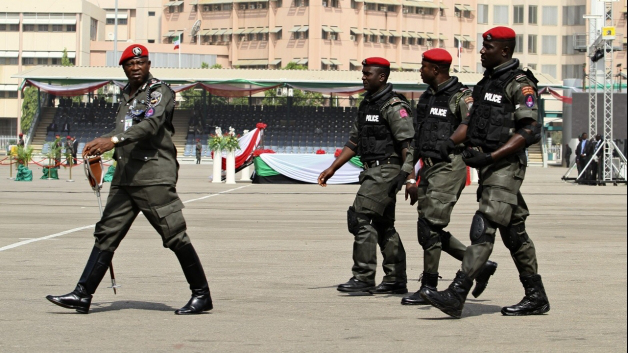 BusinessDay gathered that one of the grounded planes, which brought some deportees into the country and now parked at the airside of the MMIA, is currently being guarded by security operatives attached to the Lagos airport.

It was gathered that while the deportees were received by the Nigeria Immigration Service (NIS), MMIA command, after almost spending a whole day inside the aircraft because of some issues, the plane was disallowed to return to Kenya as it was immediately impounded.

A source, who does not want his name in print, told BusinessDay that â€œearly last week, some deportees arrived aboard a chartered plane by Kenyan government but I think there were issues over the deportation and probably the flight status which was not resolved immediately.

â€œThe deportees almost spent the whole day in the aircraft as they were not allowed to come down for reasons known to both governments but the aircraft has since been groundedâ€, he said.

A spokesperson for the NIS simply identified as Adetula could not speak on the matter, saying only the headquarters in Abuja can comment on the issue.

â€œFor the passengers in the aircraft you can ask the Ministry of Foreign Affairs but for the aircraft, Nigerian Airspace Management Agency (NAMA) will explainâ€, he said.

When BusinessDay contacted NAMA, its spokesman, Supo Atobatele, said he cannot speak on it. â€œI do not know anything about itâ€, he said.

While the buck-passing continues, another aircraft believed to belong to a Kenyan citizen was also grounded for allegedly entering the countryâ€™s airspace without valid particulars.

The pilot of the jet, BusinessDay gathered, had declared it to be a diplomatic jet, only for the Nigerian authorities to discover that the jet was a private one on a private mission into the country.

It was also gathered that the jet had deported an eminent Nigerian based in Kenya who allegedly had a matrimonial issue with his Kenyan wife.

Investigation further revealed that the jet also had no registration number, a situation that might have called for immediate grounding by security operatives attached to the airport.

â€œThe owners of the jet were sanctioned while the plane was groundedâ€, the source told BusinessDay.

This piece was published by http://businessdaynigeria.com/fg-grounds-two-kenyan-planes-over-deportation-flight-status-issues