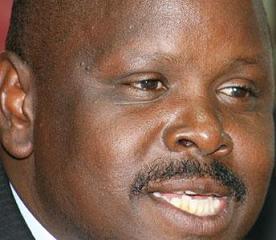 Senators and governors were yesterday left pondering on their next move after majority leader Aden Duale informed the national assembly that President Uhuru Kenyatta had assented to the controversial Revenue Allocation Bill, a law that will cripple counties effectively killing devolution.

“This is terrible and shocking, it confirms our worst fears, that there are people in this government who are ready to do anything to obstruct devolution,” said Hon. Isaac Ruto, the Chaiman of the governorsâ€™ summit.

Hon Ruto is a key ally of the URP leader Deputy President William Ruto explained that as things stand now, county governments would not be able to pay salaries and went on to allege that governors were being set on a collision course with the wananchi as they would be presiding over failed projects.

Governor Ruto described the latest move by the president to assent to the revenue allocation bill as extreme arrogance, adding that county projects that would have developed using the additional funds that the senate had pushed for would be crippled.

“The only thing I thank the president for is that he has opened our eyes. Those of us who had gone to slumber can now wake up. Devolution,” governor Ruto stated. He continued by warning that it was disastrous to hand the treasury unilateral grounds to control funds meant for devolution and that there were people in government who want to continue with their lopsided development of this country of which he said, they will not allow.

Â Governor Ruto promised that president will see and hear the voice of the governors soon as they will be holding a meeting to discuss the way forward.