The Office of the Director of Public Prosecutions has declined to approve charges against officials implicated in the Kenya Medical Supplies Authority (KEMSA) scandal.

DPP Noordin Haaji on Friday October 2, 2020 returned the KEMSA inquiry file back to Ethics and Anti-Corruption Commission (EACC) after identifying gaps in investigations that need to be filled before he makes the decision to charge.

He directed his team of senior prosecutors appointed to review the file to conduct joint meetings with EACC to expedite the investigations.

According to a statement issued by his office, before making decision to charge, the DPP ensures there is sufficient evidence to support charges with a reasonable prospect of conviction in line with the Constitution, ODPP Act, National Prosecution Policy and Decision to Charge guidelines.

EACC officials had recommended the prosecution of six senior officials from Kemsa.

DPP Haji stated that the matter had attracted great public expectation and it was important for the team to ensure that there was sufficient evidence to support charges with a reasonable prospect of conviction.

“The constitution provides that the DPP must exercise State powers of prosecution with regard to the public interest, the interests of the administration of justice and the need to prevent and avoid abuse of the legal process,” reads the statement. 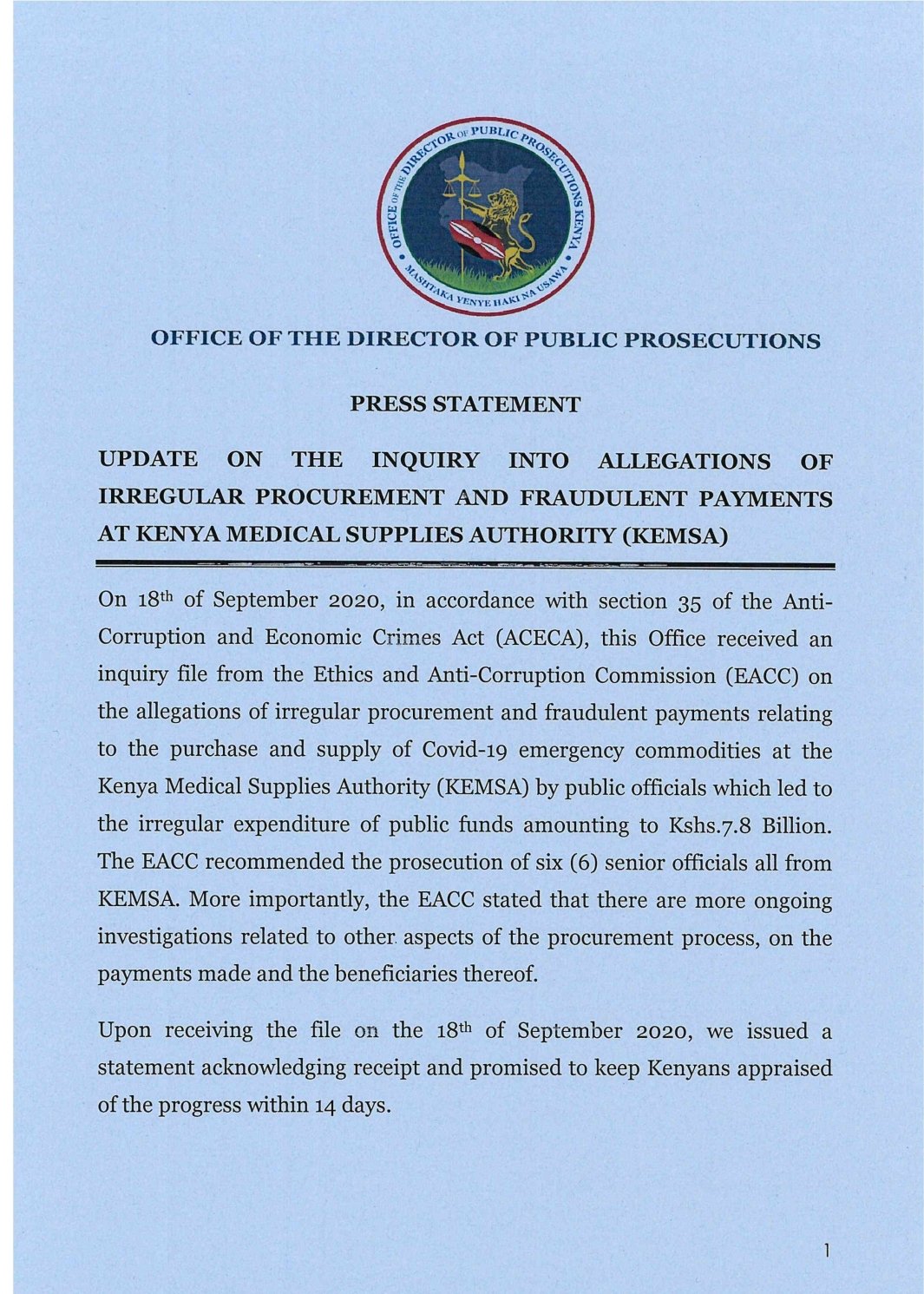 The DPP indicated that his team had identified key areas that needed to be sufficiently covered by way of further investigations before the final decision could be made. 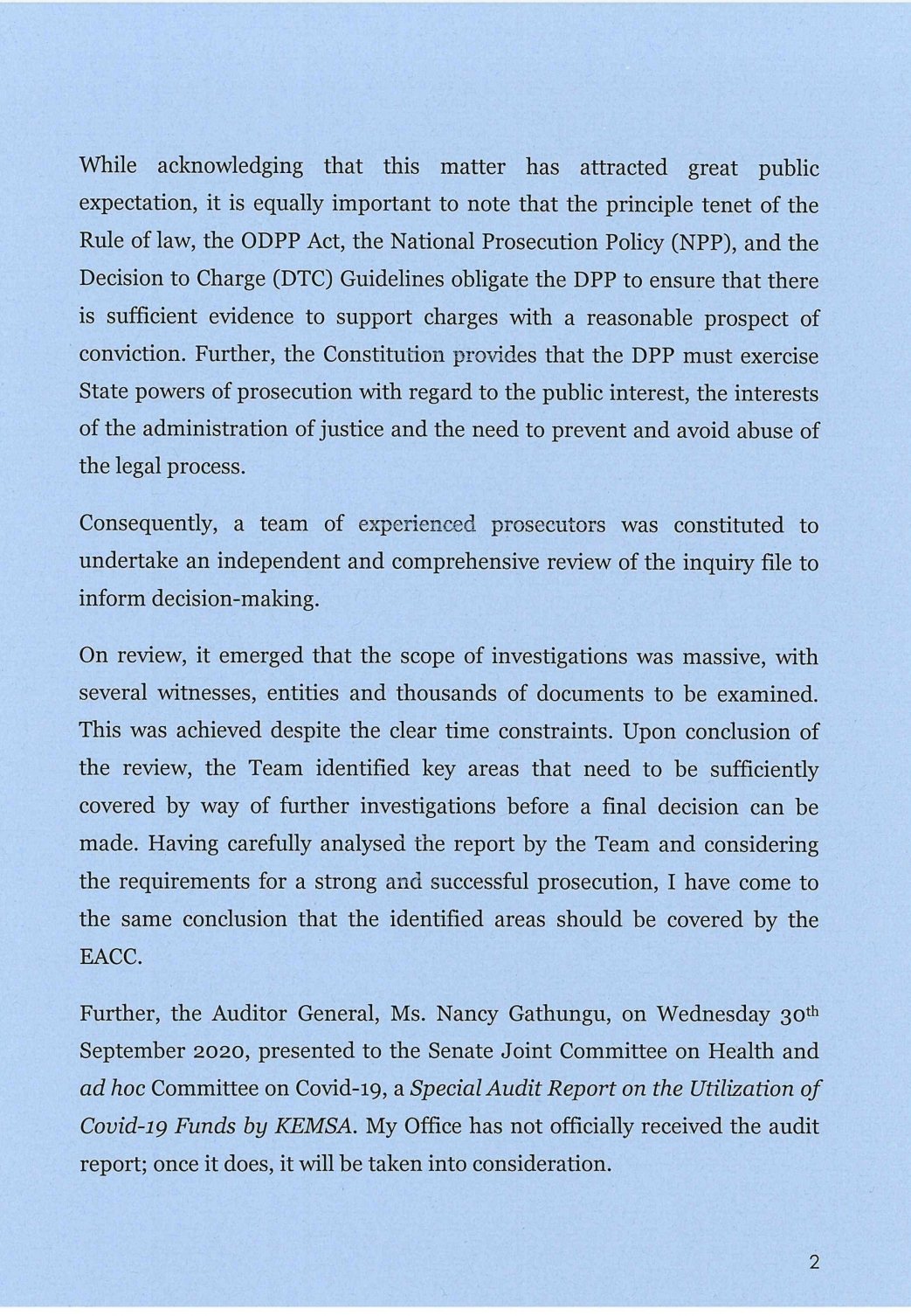 Haji stated that his office had also not received an audit report that had been presented to the senate on September 30, 2020, by the Auditor General, Ms Nancy Gathungu.

Once the DPP received the report, he vowed that it would also be taken to consideration.

The DPP stated that the inquiry file had been returned to the EACC to cover the areas identified for further investigations. 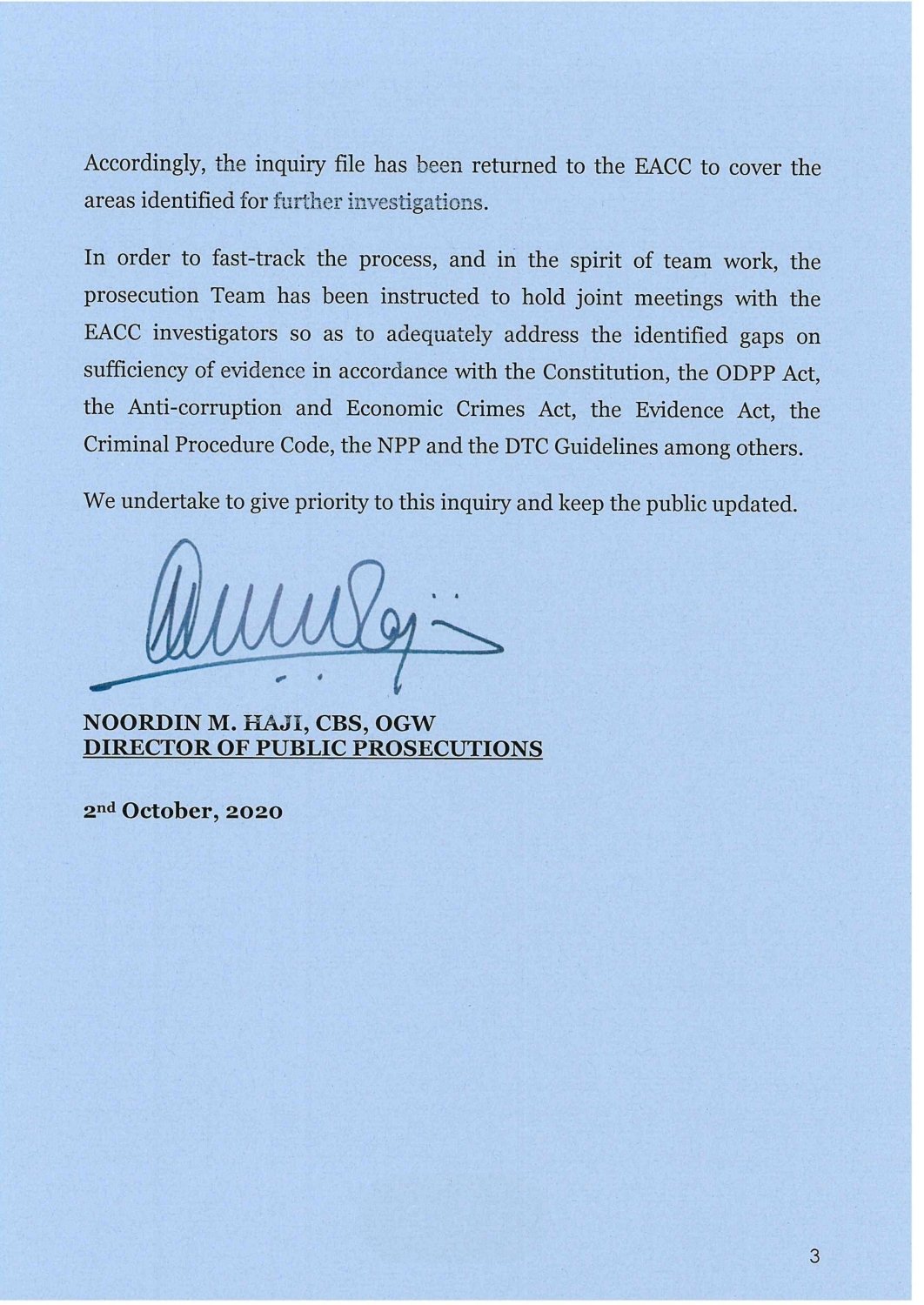 On September 18, 2020, the DPP received an inquiry file from the EACC on the allegations of irregular procurement and fraudulent payments relating to the purchase and supply of Covid-19 emergency commodities at KEMSA which led to the irregular expenditure of public funds amounting to Ksh 7.8 billion.