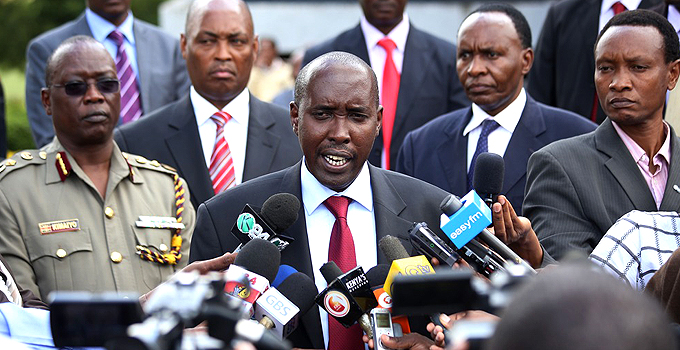 The National Intelligence Service of Kenya NIS and the Kenya Defense Forces have conducted a synchronized operation killing and destroying the terror cell that killed 28 people in Mandera bus attack today at 11.00 AM East African time.

The signal origins and their transmitters were located and the coordinates of their location passed over to the Rapid Response squadron at the Kenya Defense Forces Laikipia airbase.

The air-raid used precision guided tow-missiles that accurately destroyed resources of the terrorists which included vehicles mounted with gunships besides ammunition and makeshift housing that served as a forward base of the terrorists.

Most of the terrorists have been killed in the synchronized counter attack operation by the Intelligence services and Kenya Defense Forces.