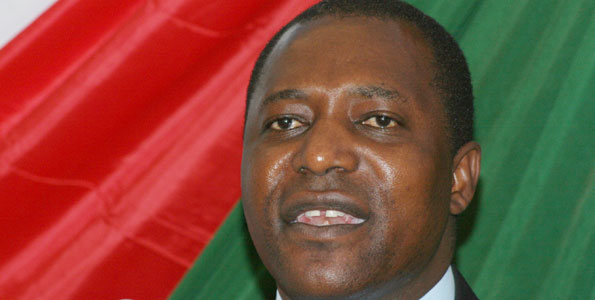 The naming comes a week after the 16 others were vetted and approved by Parliamentary Appointments Committee before being sworn into office at State House.

Joseph ole Lenku has been nominated to the Ministry of Interior and Coordination of National Government while Samwel Kazungu Kambi will wait for approval by parliament to run the Ministry of Labour, Social Security and Services.

President kenyatta has subsequently forwarded the names to Parliament for approval.

Kambi Kazungu is the former MP for Kaloleni constituency while Lenku is the Utalii College principal.

Nomination of Kazungu brings to three the number of politicians in the Jubilee government despite their initial stance of only having technocrats.