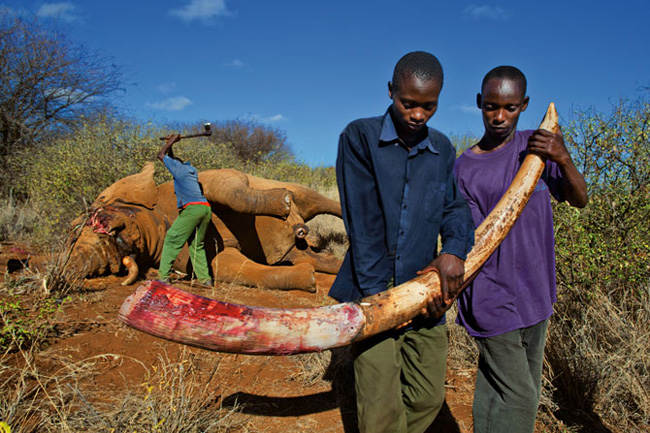 Security personnel in Narok Town have impounded nine elephant tusks worth Sh8.4 million and arrested one suspect. The 84Kgs tusks were found at a house in Majengo estate and the owner of the house Daniel Karanja Muchemi arrested.

Narok North OCPD Paul Letting who was accompanied by the Narok county KWS senior warden William Sang and County Administration Police Paul Kerich said the elephant ivory originated from the Maasai Mara Game Reserve.
“The suspects was tracked down from Sikinani trading centre at the entrance of the reserve and was traced to his house in Majengo estate where a crackdown was conducted yielding to the tusks,’ said Leiting.

Letting said the culprit, a resident of Ngashura area in Nakuru County is facing similar charges in court with two others after earlier arrest during which he was found in possession of poaching items near the same reserve. Sang said surveillance in the Maasai Mara has been improved so as to net those involved in illegal trade.