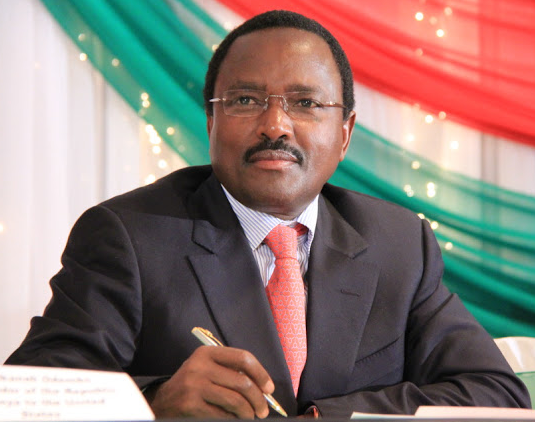 It appears the wife of CORD co-principal did not make the right decision when she declined to accept an offer by the government to be salaried.

Parliament now wants Mrs Musyoka – Pauline – to return money in terms of allowances she received between 2008 and 2013 as ‘spouse of the Vice President’.Â

Some time in September 2008, mandarins at treasury decided to put Mrs Musyoka on payroll. When the public protested, they added to the list the wife of then Prime Minister Raila Odinga, Mrs Ida Odinga, who first heard the development from the media and promptly rejected the offer.

Amb. Muthaura had claimed that the money, in monthly allowances, would be given to the two women in recognition of their roles of upholding ‘national family values’.

Mrs Odinga declined the offer but thanked ambassador Muthaura of the ‘kind gesture’. She argued her role could not be ‘commoditized’. She also responded to the public outcry then, as the country was grappling with a huge wage burden of over 40 cabinet ministers.

Mrs Musyoka, however, accepted the offer with a rider that she would donate all the money to charity. It appears she did not follow her promise.

Now, parliament through the Public Accounts Committee chaired by Budalangi MP Ababu Namwamba wants Mrs Musyoka to return that money – which accrued to 6 million – in the last five years, back to the government.

Auditor General John Ouko raised queries of a missing sh6.3 million in the ministry of home affairs which he was told was paid to Mrs Kalonzo. Hon. Musyoka was the minister in charge then. He also doubled as the Vice President.

Mrs Odinga rejected the huge allowance, saying she had always taken care of her husband ‘in good times and bad times’ without seeking financial help from the government. It now seems she was correct in her judgement as she had claimed accepting the money would water down her painstakingly built legacy as ‘mother of the nation’ and did not want years later to have to answer to queries that she and her family ripped the country.