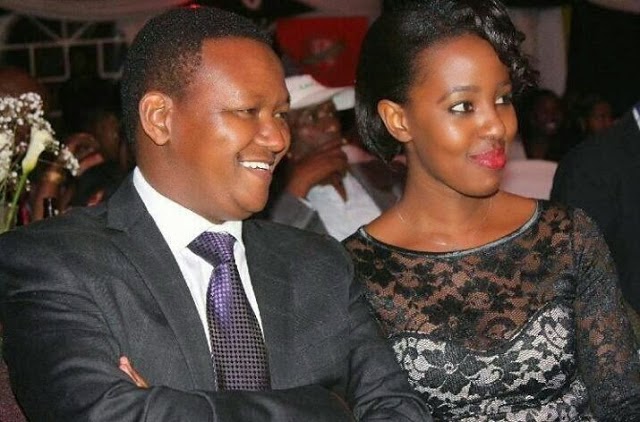 It’s burning in the the county govt of Machakos. The former government spokesman seems to have run out of tricks. His PR bubble is burst open and it’s only a matter of time before you get to watch the man hop from court to court.

It turns out afterall his deputy was right! Alfred Mutua the bossy governor of Machakos county is a man under siege. Together with his dogs, they have mauled the county coffers into skeltons. The trio have licked so badly into the belly of the â€œpeople’s countyâ€ to the extent of borrowing half of the county assembly budget allocation.

Meet Mwengi Mutuse… a two time parliamentary election loser.. Having contested in Kibwezi he lost badly to the incumbent. Mutuse however is the talk of Makueni county. He has gathered wealth so vast that he thanks the people of Kibwezi for not electing him. All thanks to the poor people of Machakos county. Savannah paradise hotel is the latest 4star hotel south of sahara. A property of the chief of staff Machakos county, the hotel situated at Makindu town boasts of presidential suits that will go for 75,000/= single board a night for residents.

3 kilometers from Kitengela junction along msa road, there stand an ultra modern estate by the name Green park estatee. Each home is said to trend for 17million. The new millionaire Mr Mutuse is the proud owner of 5 homes inside the estate. Along kajiado road 2kilometers from kitengela town, there is an upcoming high rise estate going by the name bloom heights. If you are wondering the man behind the investment, look no further. Mwengi Mutuse proudly owns that property.

At some point in May this year, a leading banking institution summoned the man and advised him against depositing lumpsums in one account. Their concern was that after depositing over a hundred million in less than 4months, the NSIS would soon be after his skin. Well it may have come too late because the man is under investigation by the EACC and part of his money has since been frozen.
As it is right now, no contractor worth their salt wants to bid for jobs at machakos county.

So frustrated they are that two have so far lost their lives through high blood pressure. Governor Mutua a.k.a Mr money bags is the ultimate billionaire. Having invested over 1.65billion since assuming office, he soon will be ranking tops among WHO OWNS KENYA..

Third in the terror squad is the chief of officer in the ministry of devolution one police inspector Nimrod Mbai. Recently he acquired a 150 acre ranch in the vast kwa vonza forest and is currently building holiday homes for tourists looking at enjoying the sunny kitui climate but yet feel home away from home.

Incase you forgot, he is the man who stole headlines earlier in the year for supplying the county with 200 Germany sheperd dogs each at the value of 850, 000. He is also the proud owner of 3 villas at kitengela’s v first growing real estate.

To make these dreams come true, the wife of Mr. Mutuse is the chief procurement officer while Mr. Mbai’s wife is in charge of the same in the ministry of water.

Musyoka Kala is the other mogul.. Though lately he seems to be falling out of favor with the governor the man is said to have hidden enough to last his family a lifetime in Autralian banks where rumours has it that he will soon be moving

Next time you see the property of Machakos county on auction, don’t be shocked. Now you know who to blame.. don’t you?