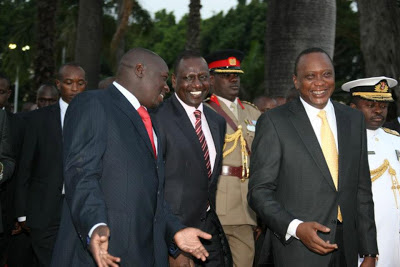 While dismissing the claims, Kutuny said while playing his role as a Presidential advisor his purpose was to unite all leaders regardless of their political persuasions.

“I am determined to ensure our leaders speak in one voice. It is my duty to iron out differences,” said Kutuny.

Kutuny categorically stated that his meetings with legislators who hold divergent views in the Jubilee coalition should not be misinterpreted to mean he is working against any leader.

“My job as the President’s advisor is to ensure all leaders work together.The only way we can understand each other is by talking and that’s why I am engaging all leaders,” he said.

A section of Members of Parliament from the Northrift region led by Kapseret MP Oscar Sudy had in the recent past come out to accuse Kutuny of working with Nandi Hills MP Alfred Keter to undermine Ruto in the region.