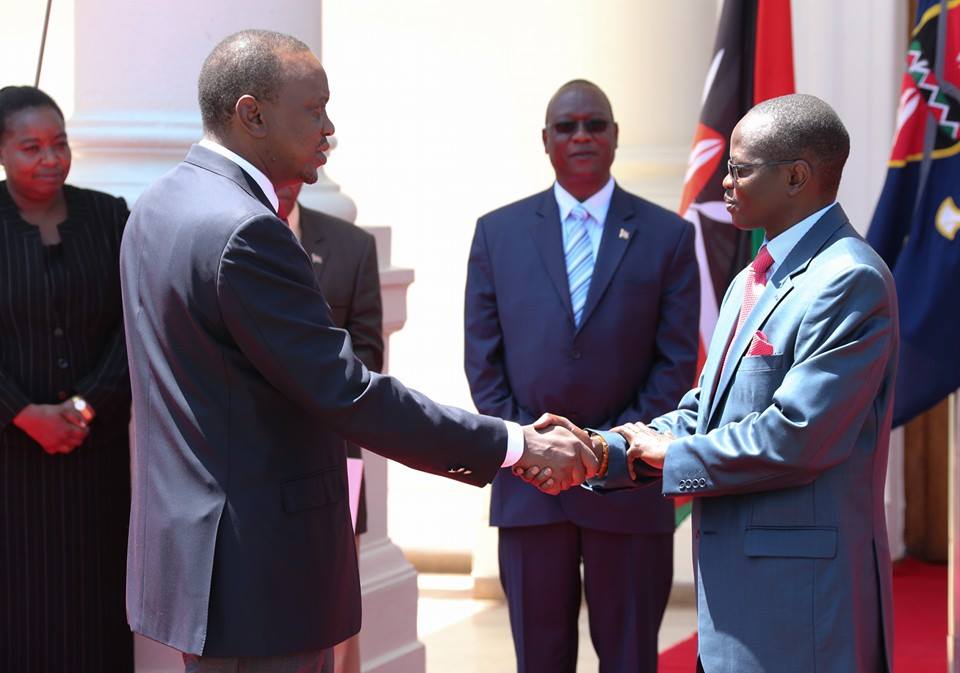 Intelligence officer at the National Security Intelligence Services, Joseph Kipchirchir Boinet has been nominated as the next Kenya Police Service Inspector General -IG.

According to State House Nairobi, Joseph Kipchirchir Boinet, is a career policeman who joined the intelligence service in 1998.

This aspect of his career in the intelligence service blends well with the role of police leadership.

Intelligence sources confirm that NIS has sought to have someone who can lead the police force using Intelligence Led police strategies, besides someone flexible and a team player.

Joseph Boinet has Two Masterâ€™s degrees, one in Security Management (Australia) & the other in Diplomacy (US).