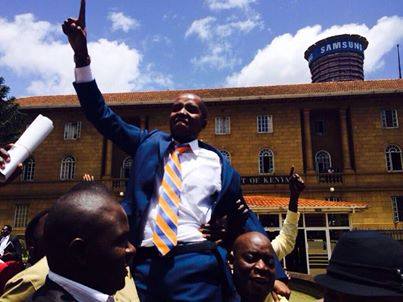 Yesterday Court of Appeal nullified election of a Mr Wanjohi as MP for Mathare North in Nairobi, Stephen Kariuki the validly elected MP was denied a certificate instead it was given to TNA’s Wanjohi by IEBC.

A series of evidence backing up CORD’s allegations that the March 4th election was rigged continues to emerge, the latest is a Youtube Video circulating on social media showing events at St. Teresa’s girls secondary school -the tallying center of Mathare Constituency, Nairobi County. The video shows how 6 ballot boxes were found hidden and their serial numbers changed.

There is also this other video captured by KTN in the live coverage from Bomas where commissioner Nzibo is reading inflated figures from Tiati Constituency in Baringo County . Many on social media have renamed the constituency Tahidi after the local drama series Tahidi high!