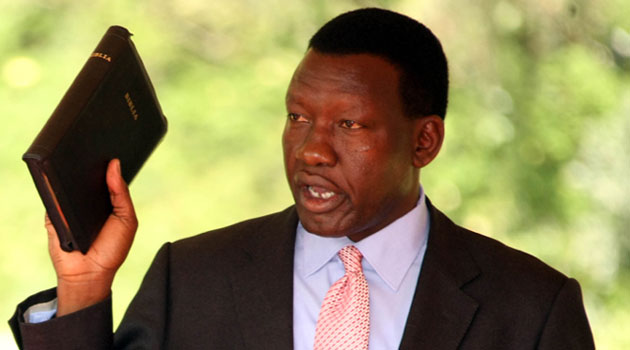 Yes, you all remember in the Jicho Pevu story where it was revealed who the TNA/Jubilee campaign manager was?— save your the thinking ; the experienced Davis Chirchir!

There were wide spread allegations of interfering with the IEBC servers, so much was said about the ICT genius in Jubilee and thus all the fingers pointed at Chirchir a University of Nairobi computer Science graduate……

Now , ex aide to Raila Odinga and also CORD Campaign secretariat boss Eliud Owalo just revealed what Chirchir’s exact brief was in the 2013 general election, here is what he posted:>>

The one and only reason why Davis Chirchir was appointed to the Cabinet is his high-level complicity in the rigging of the 2013 elections in favor of Jubilee.

The only reason why Ahmed Isaack Hassan and his much-discredited IEBC is being shielded by Jubilee is because they owe their illegitimacy in power to the same IEBC and the Country’s security apparatus who conceptualized and facilitated the rigging.

To be precise,the Jubilee Government and the electoral oversight bodies is a consortium and conglomeration of forces of impunity.

This is why I maintain that IEBC as is currently constituted has lost the moral authority to conduct any future elections in Kenya.