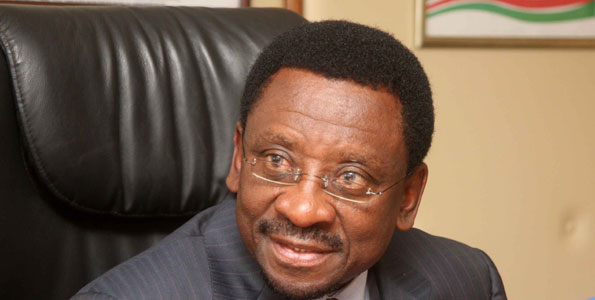 Former Lands Minister James Orengo has joined the race for the Secretary General’s position in the upcoming ODM party elections.
Here is the Facebook post by the senator from Siaya.
“Hon James Orengo : I will be vying for the position of secretary general in the upcoming ODM polls. To all the delegates and supporters I will need your votes have a good day”
Orengo’s entry is a game changer of sorts. He is very loyal to party leader Raila Odinga, he’s a senior politician with experience of managing political parties having served as party leader of the Social Democratic Party. Orengo is an advocate of the High Court of Kenya of long standing and commands respect among his peers.
Orengo has been carrying out various legal and secretarial duties for the party. He and the late Mutula Kilonzo were key to the signing of the CORD agreement which united Wiper and ODM parties.
In Miguna Miguna’s book, Peeling Back the Mask, Orengo is described as one of those whom Prime Minister Raila Odinga trusts their pieces of advice, and strategic value.
James Orengo was a leading member of the young luminaries in the original FORD founded by among others Jaramogi Oginga Odinga, Kenneth Matiba, Martin Shikuku among others.
Other young luminaries in the group wereÂ  Meru senator Kiraitu Murungi, former MP Gitobu Imanyara, former Kikuyu/Kabete MP Paul Muite, Â Wamalwa Kijana and Prime Minister Raila Odinga.
Orengo contested for presidency in 2002 under the SDP banner and came fourth behind Simeon Nyachae.
In 2013 general election, Orengo out-manourvered Oburu Odinga to be nominated ODM flagbearer for the Siaya senate seat which he went on to win with a landslide.