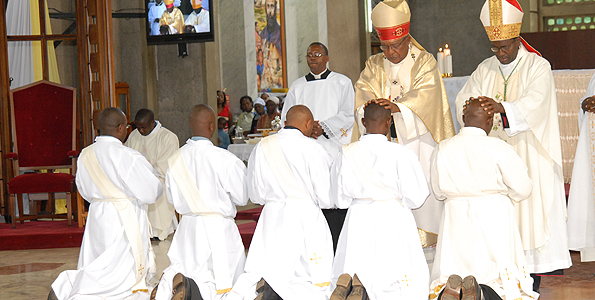 A worshiper at Gatina Catholic Church, Sacred Heart Parish, Dagoretti ended his life because of an illicit affair between a Tanzanian priest and his wife.

The man is alleged to have on several occasions told the priest to leave his wife but to no avail. The priest is said to be engaged in multiple affairs but the church has decided to nothing about it.

Sexual scandals are not new in the catholic church but its a rarity when they lead to death of innocent worshipers as happened to this man.

Sadly, the priest is said to be the person who will preside over his burial on Friday,19, 2013 at Gatina Catholic Church.

Parishoners are now calling upon His Eminence Cardinal John Njue to visit the church and save more families from the priest.