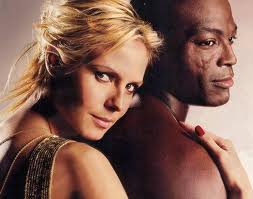 After a lot of mud thrown back and forth, Heidi Klum and her exd Seal made peace. In the interest of their four children, the couple decided to spend the Christmas holidays together.

”They try to come together for the kids,” said a source from New York Post. The insider also tells us that Seal will do anything to win back Heidi. They would also call each other regularly.

A spokesman of Klum denies these rumors and says that” the gossip is 100 percent not true”. It is said that the former top model still has a good time with her bodyguard / friend Martin Kristen. In fact, the two were recently seen together in Los Angeles.

Seal and Klum announced in January 2012 to end their seven year marriage. In April they divorced. Soon after the divorce, Heidi already started dating her bodyguard.