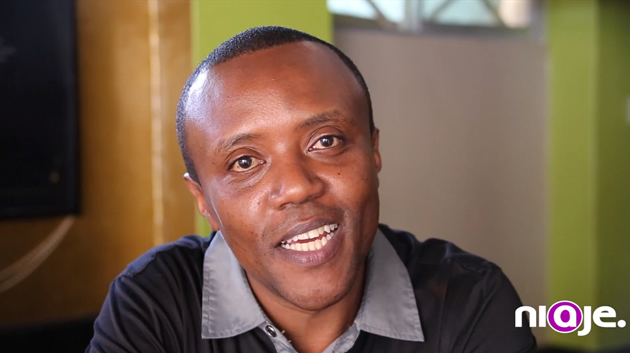 One Kenyaâ€™s top radio personality, Maina Kageni is popular for his very controversial morning show on Classic 105 FM and this morning Maina has just taken another step into controversy (or is it standing out against the populists?) and gone ahead to tell off the critics of the women involved in the recent pornography saga that has hit the news from last week.

On a post in his Facebook page Maina argues that most of these critics have no right to be the judges because most of them have worse things in their closets. Here is Maina’s view:

â€œSo, we all know that what those girls did was wrong â€¦but thereâ€™s a theory of double standards here, especially towards a number of critics. It is said that many of those guys who grew up in the rural areas (huko mashambani) and were grazing goats, sheep, chicken and other domestic animals have done even worse! They have skeletons in their closets.

These are the people who are vilifying those girls â€¦especially some well known prominent personalities who grew up in shaggs â€¦who were grazing goats, cows and sheep yet they are known to have done worse things! Of course what these girls did was wrong (bestiality with dogs) and we are not supporting them â€¦but we are asking why are some of those people who have done worse things in their childhood demonizing them as if they themselves are sinless? If those domestic animals could speak, we would hear stories!!!

Have you heard of them? Have you seen any happen? Is it a normal occurrence for thoseÂ people who have grown up in shaggz rearing animals? Why are some of these people are throwing stones yet we know that they live in a glass house? What are your thoughts? What do YOU know?â€

The discussion is going on now on his show and his social media pages (Facebook, Twitter), you can join the discussion