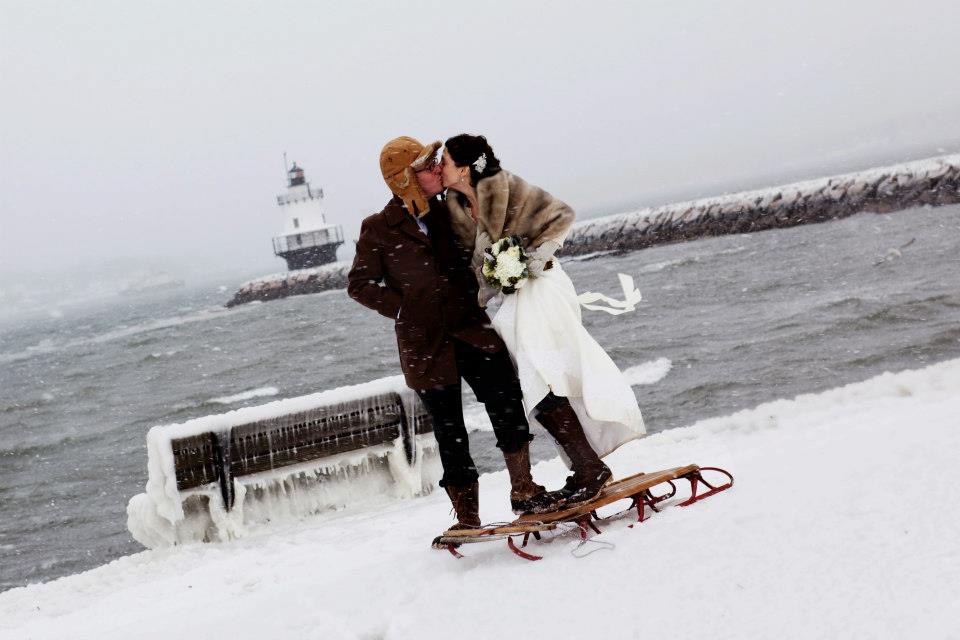 This weekend was perhaps the most dreadful for residents of North East USA, as they bracedÂ  themselves for a major winter storm that delivered up to 2ft of snow in areas including New York City and Boston on Friday and Saturday.

Blizzard warnings came into effect from Boston down to New York City on Friday morning, while Rhode Island, Connecticut and parts of New Jersey were likely to be affected. The National Weather Service warned that the conditions will make travel “extremely dangerous” and said people in affected areas should not venture out into the storm.

For Karen Willis Beal, it was one of her best weekends in her life! she got her dream wedding on Saturday â€” complete with a snowstorm just like the one that hit before her parents married in December 1970.

“I have always wanted a snowstorm for my wedding, and my wish has come true to the max,” she said.

“It was a beautiful day in the biggest snowstorm of my life . Many friends and family braved long travels in the blizzard ! We head to Austria and Switzerland for two weeks!”

“This is what I’ve wished for all my life,” Beal said afterward.

The storm kept some guests from making it to the church-turned-restaurant in Portland, Maine, where the ceremony was performed. But she was still happy she got her storm.

“Weather be damned, it’s been a great day,” said her husband, Greg Beal, of Manchester, N.H.

The happy couple even took some outdoor photos, including one at a lighthouse where they used a sled as a prop.

“The gusts were enough to knock you off balance,” Greg Beal said.

The record-breaking storm prevented some of her guests from attending, but there were no regrets. As Karen takes off to Europe for a two weeks honeymoonÂ  who knows what could be the next surprise, may be a dream honeymoon?

In 2006 Karen volunteered in Kenya, she carried out a study in the Masai villages of Narok county as part of her master study thesis in Nutrition.

“It was nice to read about her wedding all over the cable” said Metto a friend from Kenya. http://news.yahoo.com/photos/saturday-feb-9-2013-photo-provided-bonnie-harrison-photo-153118240.html

Her photo made it in the Unted Kingdom photo of the day http://www.huffingtonpost.co.uk/2013/02/10/pictures-of-the-day-11th-february-

Best wishes to the couple!