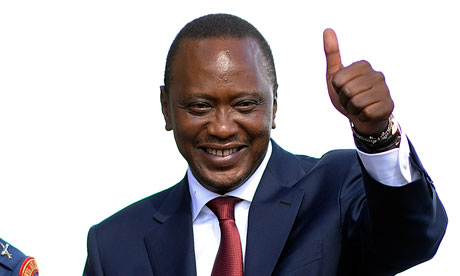 THE HAGUE â€” As the International Criminal Court takes up its highest-profile trials to date â€” the case of President Uhuru Kenyatta of Kenya and his deputy, William Ruto â€” it is wrestling with a question that so often looms over international justice: Should the law prevail, or bend to the demands of diplomacy and political stability?

After intense bargaining among the 122 countries that adhere to the court, the decision was: Bend, but up to a point. The assembly of nations that oversees the court has agreed to special rules for any defendant who performs â€œextraordinary public duties at the highest national level.â€

Human rights groups and other critics immediately warned that the new rules, allowing absences from hearings or appearances via video link, had created a category of privileged defendants in a court that recognizes immunity for no one and that stipulates that everyone is equal, without distinction based on official capacity. Now, they warned, a potentially wide range of future defendants involved in the business of government could apply for special treatment.

â€œI will have no option but to challenge these rules in court,â€ said Fergal Gaynor, the lawyer for victims of violence in Kenya, who are a party to the trial. He said that the victimsâ€™ group was â€œtotally opposed to the absence of the accused or to a trial by video link.â€

International charges of crimes against humanity were brought against Mr. Kenyatta and Mr. Ruto early last year after Kenyaâ€™s own courts failed to investigate accusations that they had helped orchestrate large-scale violence following the countryâ€™s disputed 2007 elections.

Mr. Kenyatta and Mr. Ruto were elected president and deputy president in March of this year, raising the question of whether they could govern and be on trial at the same time. During the campaign, Mr. Kenyatta said it was his private problem. But soon after he took office, he pressed hard to have the cases dropped. The court was â€œthe toy of declining imperial powers,â€ he said in a speech. And it was â€œrace-hunting,â€ he said, a common complaint because the court has indicted only Africans in its first decade.

Kenya has mobilized the African Union, many of whose members have called for African countries to withdraw from the court, and the argument has gone before the United Nations Security Council. Last month, the Council voted against postponing the case and said that future action would be best dealt with by the assembly of 122 nations that adhere to the court.

European members, which form a large group, have shown caution in handling the legal dispute with Kenya, East Africaâ€™s main economic and political power and a partner in fighting Islamist extremists. Kenyans are among the peacekeeping troops in Somalia.

The United States, while not a court member, has also worked behind the scenes to back Western common objectives: to tone down the tensions surrounding the court, while making sure the trials remain on track. Mr. Rutoâ€™s trial has begun, and Mr. Kenyattaâ€™s is scheduled to begin in early February.

In The Hague, where member countries held their annual assembly last week, the Kenyatta trial overshadowed all other topics, with intense discussions driven by a large Kenyan delegation led by the countryâ€™s foreign minister and attorney general. They sought a blanket waiver for Mr. Kenyatta to show up at his trial only when he chose to, and to have his defense team present instead.

â€œIâ€™ve never seen such arm-twisting and pressure on an international court,â€ said one official who has also worked at several other international tribunals.

The vice president of the assembly, Markus BÃ¶rlin of Switzerland, said the court was facing a crisis. â€œWe have to take this seriously,â€ he said. â€œWeâ€™ll respect the mandate of the court, but we are listening attentively to the African group.â€ The Africans had a point, he said, because the eight countries with atrocities cases before the court were all in Africa, although five African governments brought the cases themselves.

It took a week of intense bargaining for lawyers and diplomats to reach a consensus on what some called a compromise package. â€œWe did a trade-off: Kenyans get more flexibility on attending the trial, but we also expanded the rules of evidence to protect witnesses,â€ said a European diplomat involved in the talks.

The package came with a sting that was strongly opposed by Kenya. While defendants with extraordinary public duties may ask to be excused from court or participate via videoconference, the rules on admissible evidence were also expanded, which could help the prosecution combat what it has described as â€œan unprecedented campaignâ€ by the Kenyan government to intimidate its witnesses. A number of potential witnesses have withdrawn their testimony out of fear, and others are missing and presumed dead, according to the prosecution.

The new rules will allow â€œprior recorded testimonyâ€ to be used in court if the judges decide that a witness withdrew because of threats or intimidation, or if the witness died. â€œWe also applied the dead manâ€™s rule, admitting evidence of someone who was killed or disappeared if the judges find good reason to do so,â€ a Western diplomat said. He said it served as â€œa clear warning to Kenya to stop intimidating and tampering with witnesses and a message that people can be prosecuted for this.â€

The changes could be tentative and may be thrown out if they clash with the underlying statute, but Western diplomats argued that the flexibility shown to the Kenyan leaders would make it more difficult to snub or campaign against the court itself.

Some Kenyan human rights lawyers said they were disturbed. â€œThis is what we do at home, bending the courts for the sake of the powerful,â€ said Abdul Noormohamed, a lawyer from Nairobi who was at the meeting. â€œItâ€™s painful to see an international court now changing the rules for the sake of the ego of one powerful man.â€

Njonjo Mue, another Kenyan human rights lawyer, said that few had focused on the victims of the postelection violence, in which more than 1,000 people were killed and countless thousands were displaced from their homes. â€œKenyan leaders have successfully made themselves the victims, and the court has become the culprit,â€ he said.

At the assembly, some diplomats conceded that their most important objective was to keep Mr. Kenyatta cooperating with the court, even if from a distance. If he withdraws, the court will almost certainly replace the summons with an arrest warrant, which means that Mr. Kenyatta would not be welcome in many capitals.

As one Western ambassador put it: â€œAn arrest warrant will help no one. Both Kenya and its Western donors prefer to maintain normal diplomacy.â€