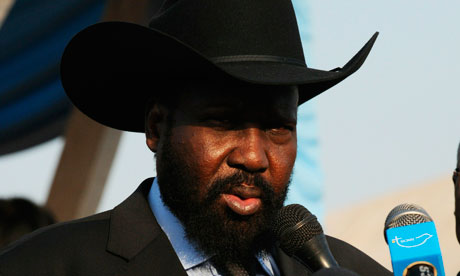 The international Centre for Policy and Conflict has raised concerns on human rights violations in the ongoing conflict in CAR and South Sudan. In a press statement released today, ICPC urges the international community to intervene in the two countries immediately and restore peace.

Below is the full Press Statement on the deteriorating situation in South Sudan and Central Africa Republic :

National borders are no longer safe heavens to protect leaders who abuse people and cause mass murder under their control.Â

We commend the current ongoing political and diplomatic efforts spearheaded by the Inter-Governmental Authority for Development(IGAD) to resolve ethno-political violence crisis in the South Sudan. Equally, we encourage more tough action in the deteriorating situation in the Central Africa Republic.Â

Both in South Sudan and Central Africa Republic, political considerations should not blur effective humanitarian interventions. A deliberate and systematic attempt to terrorize, expel or murder an entire people must be met decisively with all necessary means.

ICPC recalls that in the wake of the failures of the Security Council to act in a decisive manner in Rwanda and the former Yugoslavia, the international community adopted Responsibility to Protect (R2P) principle to effectively enable decisive action taken whenever citizensâ€™ human rights are grossly and systematically being violated or serious threats exist.Â

We are concerned that these countries can no longer perform basic functions of providing education, health, security, livelihoods and democratic governance. Within this power vacuum, people are falling victim to competing factions and criminal gangs.Â

ICPC urges countries with vast interest, especially economic resources, to desist from any form of action that can escalate destabilization by fueling ethnic warfare or supporting different forces. This can eventually cause collapse of the country.

We observe that in 2005 the United Nations together with world leaders agreed that when any State fails to meet responsibility to protect citizens, international community bear responsible for helping to protect people threatened with such crimes.Â

Should peaceful means including diplomatic, humanitarian and others be inadequate and national authorities in both countries continue to manifestly failure to protect the populations, the international community has every reason to act collectively, appropriately and in decisive manner.Â

The long-term solution to the persistent political and social problems in both Central Africa Republic and South Sudan remain a negotiated more inclusive government that would facilitate establishment of democratic rules and systems effectively able to mitigate political disputes and act as bridge to crafting prerequisite and necessary conditions for future stable inclusive democratic country.Â

In addition, due to the fact, these are very fragile multi-ethnic countries, electoral and governance system must not be zero-sum game. The countries need a more stabilizing electoral governance system based on mixed member proportional representation, which significantly addresses issues of fairness, inclusivity, representation and participation of virtually all ethnic and social groups in the social, political and economic activities equally.Â

Finally, ICPC urges Africa leaders and their governments to recognize that the primary duty of leadership is protecting and defending the rights of their people not themselves.Â