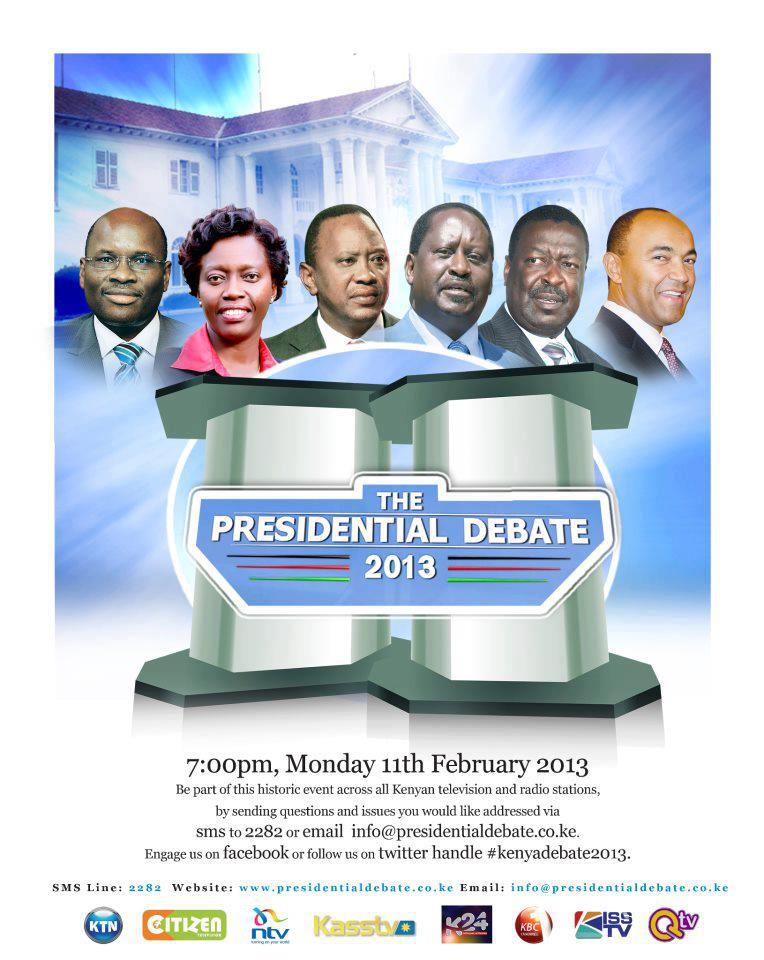 In order to know why Raila won in this debate with astounding lead, itâ€™s important to explore his behind scenes debate prep operation. He didnâ€™t just sit down like Uhuru, did, he worked on it. He knows that the business of steering this nation forward, and articulating his vision for the Kenyan people is serious business- no wonder he stood shoulders above the rest during the debate.

Though highly guarded secret, with the debates over, itâ€™s now declassified information that Railaâ€™s debate prep was probably one of the most sophisticated political sausage making process in Kenyaâ€™s election history. It was like a multicenter manufacturing process operation with different components made in different locations around the world but was assembled at the CORD HQ auditorium.

Raila, as an avid debater in his own right, a man whose best speeches are when he isnâ€™t reading, didnâ€™t have to do a lot of preparations. However like most humble leaders, he is not a Mr. Know it All and is receptive to advice.

Due to his busy schedule, he didnâ€™t take a lot of time on the preparations. The little time he took on it, was spent smartly, and involved mock debates with his running mate and awesome debater Kalonzo and a mix of 5 other Kenyan-born internationally exposed experts in Business, Law, Academia, Education and Security. A panel of some of the best Kenyan media consultants floated the questions in a US styled debate fashion.

They in a Shakespearean drama style wore masks of the various players that they represented and who would be in the debate as panelists or debaters (Like awesome French based Kenyan actress Colleta Mriju wore the Julie Gichuru mask, and imitated her, it was Hillarious). Muite and Duba were not imitated because their entry was at the last minute, occasioned by an 11 am court order.

The idea was to make it as real as possible so that Raila was psychologically ready for the big game. So the debate prep venue was much a replica of how it was at The Brookehouse International School Auditorium . Â A Shakespearean dramatic simulation of the potential debate scenarios. Â And this worked because Raila was on that stage as though he knows it.

As you can see, it required consulting experts in body language, psychology, drama, communications, political science and multiple other fields, locally and internationally were consulted.

Raila benchmarked himself against the best in the world, prepared to debate even Obama if that was his opponent.Â  All Iâ€™s dotted and Ts crossed.

The fund of questions came from current affairs and was gathered, NOT in real time, from citizens from across the country, via facebook, tweeter and SMS, to include the element of randomness. Questions from various categories were generated randomly, and were directed to the mock debaters, within the rules of the presidential debate.

The choice of Railaâ€™s debate prep team was informed by the need to have individuals well versed with intra-Kenyan political issues, and also literate in not only the mechanics of debate preparations and coaching, but also global affairs. Â He caught Uhuru and the other poorly prepared candidatesâ€™ off-guard. This was definitely Railaâ€™s game and the next polls will reflect that.

Some of the members of Railaâ€™s debate prep team have been involved in debate preps for leaders who are presently making an impact on the global stage. Persons who every candidate they have put their hands on has not only prevailed in debates and elections, but have also gone ahead and made an impact on the world stage. Their students have prospered politically.

O f course the US 2008 Democratic PRIMARY and the 2012 Republican PRIMARY were the case models around which Railaâ€™s debate prep simulation was fashioned. This is because of the huge number of candidates involved in the Kenyan election. Â Primaries tend to have more candidates.

Romney- Obama or Obama-Mc Cain wouldnâ€™t have been good simulation clips to use because they only involved 2 candidates as opposed to the Kenyan ones with a crowd of 6!

Thanks to globalization, The CORD leader has been able to live his most favorite 2 words- Technological Sophistication during the debate prep- being able to assemble the best team spread across the world, and interactively engage them using modern information based technologies like Google Hang-outs and Video Teleconferencing.

When I say multi-center, I mean that his debate prep team has members spread across the 7 seas, best brains, in India, Australia, US, UK, South Africa and so on but with whom he had video real time interaction displayed in HD-3D 100 inch screens.

Raila took no chances. Hereâ€™s how:-

He and his debate prep team did a mock debate under the watch of the advisory team spread across the world via Google Hang-outs and sometimes video teleconferencing. The High Definition 3D 100 inch touch screens make the interaction look as real as possible.

After a debate over a particular issue, like say land, the advisory panel gives their inputs, which includes issues like body language, choice of words and content. Â They analyze all these in video footages projected in the 3D and HD touch screens, after which they critic and adjust appropriately.

Members of Railaâ€™s ivy League and Oxford Trained debate advisory team, who have coached big names in the world arena like UKâ€™s David Cameron, Nigeriaâ€™s Goodluck, Indiaâ€™s Manmohan Singh, Zambiaâ€™s Michael Sata, and Americaâ€™s Bill Clinton, were unanimous that Raila was the most versatile, adaptive and flexible candidate in Africa, South America and Asia that they have ever worked with during such preparations. Â And his superior debating skills were evident in the debate.

Railaâ€™s game has truly laid new standards on debate preparation science. Thanks to his desire to explore new ways of doing this, he has like he made the Hummer the household brand, just changed the way debating and its preparation is done in our great country Kenya.