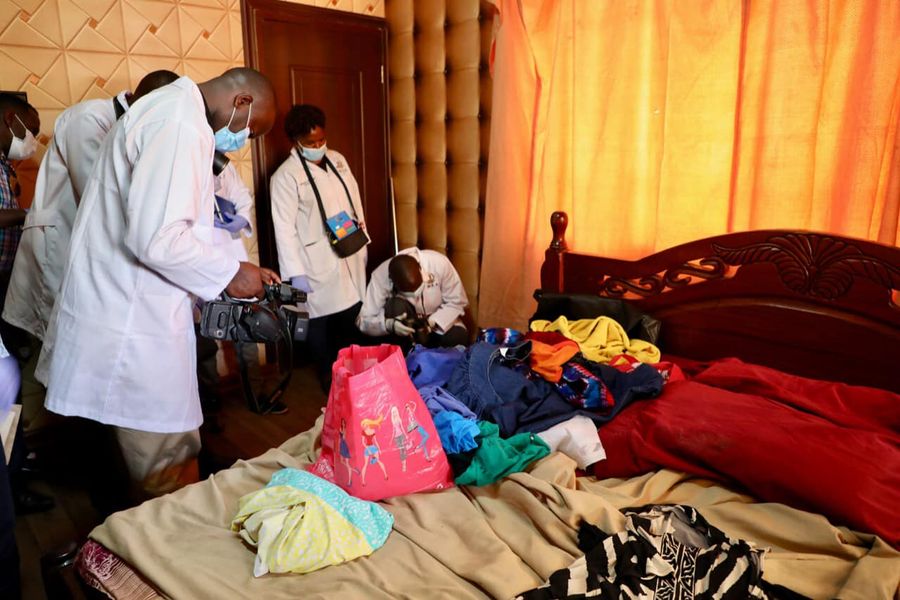 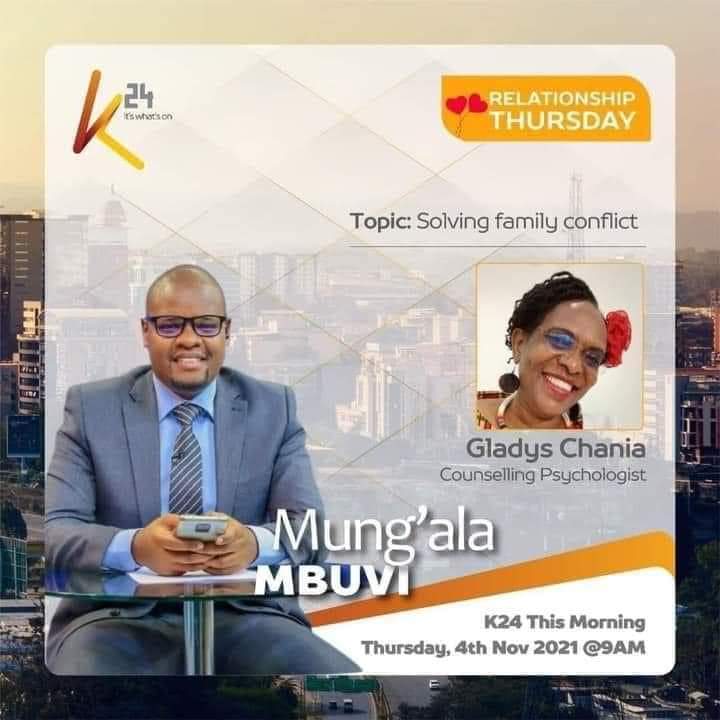 MURDER IN MANG’U PALATIAL HOME
(Final Part)
Detectives have arrested politician Gladys Chania, who unsuccessfully vied for the Kiambu Woman Representative seat in the last general elections, as the main suspect behind the death of her husband engineer George Mwangi.
Gladys is believed to have masterminded the murder of her husband following her discovery that the father of their three children was having an affair with another woman.
In a two part series pieced together by the DCI Comms team, the deceased’s wife is suspected to have been assisted by a newly employed casual labourer and other accomplices in committing the cold blooded murder.
George Mwangi, had arrived back into the country on September 13, from Rwanda, where he is a contractor. An astute businessman with interests in real estate, the deceased had sired three children with the main suspect with whom they had been married for over 20 years.
However, according to multiple sources, their union seemed to have been undergoing turbulent times since the woman would mostly spend her time at their Thika home while Mwangi would stay at the splendid 5-bedroomed Mang’u residence whenever he was in the country.
Sometime late last year, a woman identified as Lucy Muthoni, who was looking for a rental house met the deceased during one of his visits. He offered him one of his rental houses next to his house and it is from this point that their relationship blossomed from that of a landlord and tenant to one similar to Romeo and Juliet.
Their love relationship was no longer a secret as every time the deceased was home, he would be spotted side by side with the woman at local entertainment joints and other social gatherings. Some of the family members intimated to detectives that the deceased had introduced Lucy to his family as his second wife and she was well known to the extended family.
On the fateful day of the murder, Lucy had accompanied the deceased to a family function in Kimunyu where the main suspect was also in attendance. According to some eyewitnesses, Lucy was on the driver’s wheel of the deceased’s double cabin truck registration number KBY 849M and after the function, they headed back to Mang’u.
Upon arrival, she parked the vehicle and left for her house while the deceased proceeded to his residence. The main suspect had arrived earlier and was in the house when the two arrived. That was the last time the deceased was seen alive until the discovery of his decomposing remains in Kieni forest, by suspicious casual labourers in Kiamunyeki tea farms.
Lucy told detectives that they had agreed to go out on a date the following day but when he failed to call her at the agreed upon time, she called two of his friends to call him on her behalf and inform him its about time but the friends were informed by the main suspect that the deceased had gone for a walk and left his phone behind. Lucy had refrained from calling the deceased when his wife was around, after she allegedly gave her a thorough dress down on one occasion.
According to the main suspect Gladys Chania, the deceased left the house on Sunday at 10am on foot, leaving behind his mobile phone and never returned prompting her to file a missing person’s report at Mwea Police post on Tuesday , September 11 at 8pm.
However, on the same day she made her report, eyewitnesses reported to have seen a woman driving the deceased’s vehicle towards Kiamunyaka centre, where the vehicle developed a flat tyre and was fixed. According to a statement by the mechanic who fixed the tyre, the woman asked for directions to Naivasha and after she was directed, she took off.
Another witness who works at a tea collection point in Kiamunyaka, remembered seeing a fast moving pick-up truck being driven by a woman at aroung 3pm, with a load protruding at the back. She flagged the vehicle down and asked the driver to slow down since her luggage seemed to be falling from the vehicle. But the vehicle sped towards Kieni forest where the body was discovered the following day wrapped in a black polythene under a heap of cartons and empty bags of cement. It is after the body was dumped that the main suspect through a phone call at around 8pm, made a missing person’s report.
The detectives investigating the gruesome murder also learnt that the woman had hired a new employee identified as Morris Kamau on the eve of the murder after their previous one John Mwangi, who had worked at the home for four years allegedly failed to return home after he was sent to deposit some money on Mpesa. His whereabouts still remain unknown.
The newly hired employee who is also a suspect in the murder told detectives that on the day the deceased’s body was discovered, he had been asked by the main suspect to assist her in carrying a heavy load that was destined for the airport to the back cabin of the truck.
When detectives arrested Gladys Chania last evening, she was driving the late husband’s pick up truck that was spotted headed towards Kieni forest. Preliminary examination of the truck revealed blood stains on the floor of the cabin, manila ropes and empty cement bags similar to those found covering the body at the scene
After conducting a thorough forensic documentation of the house today, detectives based at the Crime Research & Intelligence Bureau, Homicide department, Forensic Crime Scene and Photographic units have concluded that George Mwangi was murdered in his bedroom at the top floor of his house before his body was dumped at Kieni forest.
Pieces of blood stained metal rods, blood soaked bed sheets, stained curtains and clothing were part of the exhibits that were recovered in the house by the sleuths based at the DCI National Forensic Laboratory.
So far, three suspects connected to the murder are in custody, assisting detectives with investigations.