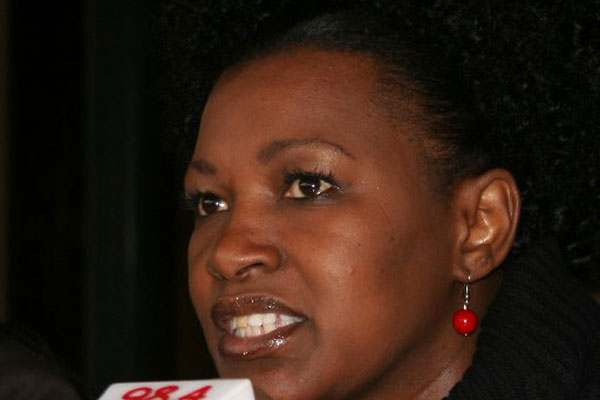 Controversial Nairobi Women Representative Rachael Shebesh has led to the cancellation of the Maendeleo ya Wanawake Organisation grassroots elections that were to take place last Wednesday 18th of June.

The leadership of the moribund organization led by the ineffective Rukio Subow on Thursday 19th June communicated to all itâ€™s members that the polls have been postponed until further notice due to interference by powerful forces.

According to the MYWO members, Subow has been left at the mercy of Shebesh who wants to install her preferred candidates in all the available positions.

â€œIts not yet clear whatâ€™s the agenda of Shebesh but what she told us is that all her preferred candidates must win the polls in a mlolongo system. â€œ said a top MYWO official.

â€œ We have now been forced to postpone the elections indefinitely because we were falling into her trap which would have marked the end of MYWO, we cant allow this organization to be controlled by one woman is politically biased to the ruling coalition,â€ lamented the MYW official who wished to remain anonymous.

Some of the MYW leaders are seeking for police permit to hold a major demo in the city on Monday or latest Tuesday to counter Hon Shebesh whom they accuse of supporting Raila’s Cord allied women win the seats. Shebesh was spotted with Raila’s ally and ODM official Rose Buya and it is obvious the two are planning to install ODM allied women in the polls

The MYAO members have now warned Shebesh and other politicians against interfering in the upcoming elections. They also want members holding political office not to vie for seats in the polls as it goes against the organisationâ€™s constitution.

â€œIt can never happen; a person cannot hold a public office and at the same time be a leader in the Maendeleo organisation. If one wants to seek a top job in Maendeleo, then they must give up their current posts,â€ added another member of MYWO.

Itâ€™s not yet clear if Shebesh is aiming for the top MYWO seat or sheâ€™s aiming to front one of her lieutenants to clinch the powerful seat currently being held by the ineffective Subow. Our efforts to reach her for her reaction were unfruitful.