Nairobi Senator Mike Sonko has responded to allegations by a Ms Josephine Wanjeri Thuku that he neglected her and a child they bore together. Senator Sonko refutes Wanjeri’s allegations, insisting he has been a responsible father who’s taken care of his son, including the woman’s other son, in ways ‘few men can ever achieve’.

Sonko blames the Wanjeri for her own woes, claiming she has never been responsible for her own kids since they parted ways. After breaking up with Sonko, Wanjeri stayed with another man a clearing & forwarding agent a Mr. Webb for 6 years during which time she continued to demand from Sonko for their sonâ€™s upkeep.

The headmaster of Kwale Methodist school where Sonkoâ€™s son with Wanjeri studies confirms that the flamboyant senator has been paying for school fees for the son contrary to the claims by Wanjeri that Sonkoâ€™s financial support has not been consistent hence inconveniencing the study of their son.

Wanjeri has applied for interim maintenance of her two children in a Kwale court and she is demading Sh 140,000 per month for maintenance of the sonâ€™s maintenance. Sonko has also applied for full custody of his son on grounds that Wanjeri is an irresponsible mother whom he has more than one occasion bailed out from self-inflicted bankruptcy.

At one point Sonko opened a cyber-cafe business for her to be financially sustainable but Wanjeri run it down.
Sonko also reveals he bought the Wanjeri a vehicle, Toyota Noah KBQ 499N which the woman mismanaged, using it for partying with her male pals from one club to another instead of business. The money Sonko sent to her for their sonâ€™s upkeep, Wanjeri used it to party with her male friends. Excessive parting and drinking is blamed for a serious accident involving the car sonko bought for her. The Car has been gathering dust at garage in Kwale till rescently when Sonko towed it to Nairobi for fixing

Sonko, however, continues to support Wanjeri and the two children, even though the second son is not his biological son. It is public knowledge that Sonko is a philanthropists often helping orphans and the needy.

Sonko also has records from Nakumatt Nyali branch where he has a special account that allows Wanjeri to access groceries and fees payment for the children, the account is upto date.

The Mombasa Nyali Nakumatt branch manager Who is the custodian of Sonko’s Nakumatt global VISA card confirmed to us the he’s been supervising the delivery of foodstuff to Sonkos kid and even sometimes groceries are delivered from Nakumatt Diani branch.
Evidence confided to us reveal that at some point a Miss Judy Ringa wife to Mike Thuku has been sending SMSâ€™s to the Senator to confirm receipt of goods delivered from Nakumatt. The messages further confirm the senator was even sending Mpesa for upkeep money to the said Judy Ringa.

In some of the texts confided to us, Mike Thuku whose Wanjeri’s brother has been threatening and provoking the Senator to the extent of calling the Senators abusive names.

Here some of the texts which have leaked to the media. “conman mkubwa wewe utaonaa” other messages read in part ” nitakumalizia” meaning he will eliminate/murder the Senator.

Sources have confirmed to us the threats are being investigated by detectives from CIU department at CID Headquarters and soon charges will be preferred against the suspect.

Wanjeri further claimed she had undergone an appendix operation which also forced her to do a harambee at Kwale Gatitu club to clear hospital bill at Pandya memorial Hospital, by the time we confirmed with the hospital accounts department we learnt that Wanjeri’s bill had been cleared by medical Insurance cover. The senator also sent a cheque of Kshs 150,000/- in favour of the hospital but Wanjeri tore the cheque into pieces demanding for cash instead. From the medical report we accessed it was evident that Wanjeri’s surgery was caused by mirra “khat” which resulted into the blocking of her appendix, she’s even damaged one of her livers a condition which the report confirmed to us was caused by excessive consumption of alcohol. 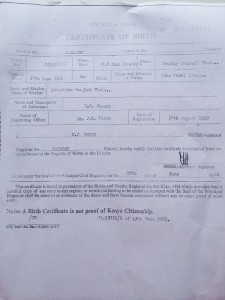 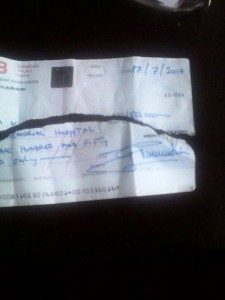 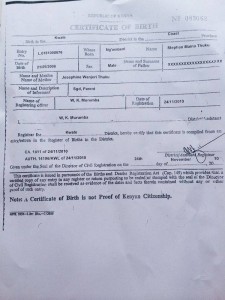 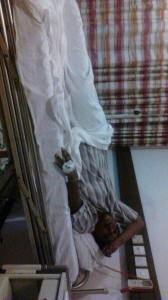 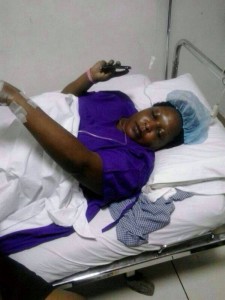 Click on the Photos to expand for MAXIMUM view