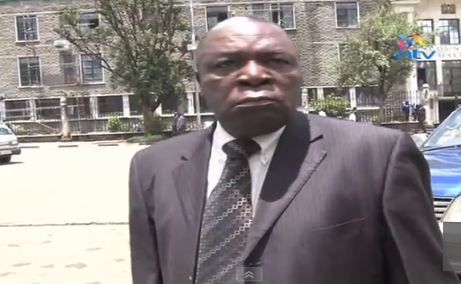 By Kenan MirukaÂ for the Standard

Legislators allied to the CORD and Jubilee coalitions clashed inside the Kisii Central Police Station as chaos erupted following arrests of TNA agents suspected to be engaged in voter bribery. Trouble ensued after Dagoretti North MP Simba Arati led a group of youth in arresting Dr Enock Monda, a brother to TNA candidate Dr Robert Monda, on claims that he was bribing voters.

Hon Arati who was in a convoy of vehicles confronted the TNA agent outside Kisii Bottlers primary school and a chase ensued leading to the â€˜citizen arrestâ€™ at Jogoo estate. Injured Aratiâ€™s bodyguard had to shoot in the air to disperse a mob that threatened to lynch younger Monda who sustained injuries to the head before he was whisked to Kisii Central Police station.

On learning about the development, Kitutu Chache North MP Jimmy Angwenyi and former Kitutu Masaba MP Walter Nyambati stormed the station and demanded that the TNA agent be released. As the duo engaged Kisii Central OCPD Tom Mutisya in his office, CORD legislators led by Women Reps Mary Otara (Kisii) and Gladys Wanga (Homabay) arrived and tried to force entry into the office.

An agitated Angwenyi slapped Wanga sparking an exchange of blows as police tried to intervene. Arati filed a statement and both Jubilee and CORD accused each other of using police to intimidate their supporters. Returning officer Robert Ngâ€™eny confirmed two men and one woman had been arrested on voter bribery allegations.