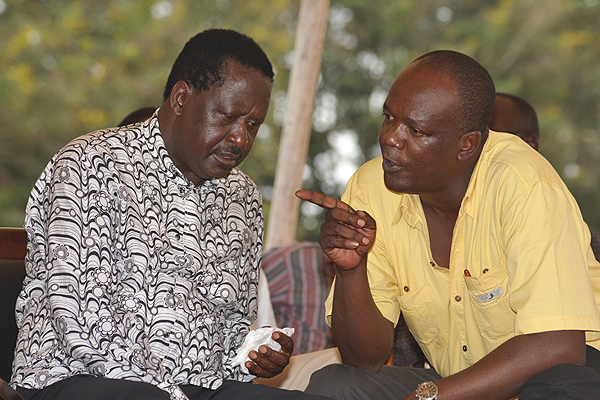 Speaking on phone, the Kilifi North Member of Parliament said Coast people will decide his fate when the time comes.

The legislator regretted that the party did not use dialogue in trying to resolve his alleged intimacy with Jubilee alliance that led to his ouster from the lucrative position of chief whip.

â€œI am still in CORD , that is the party which ascended me into power, when time comes the people of Coast will give me direction on where to go,â€™â€™ he said.

Mungâ€™aro spoke moments after holding a meeting which he described as â€˜lunch by coincidenceâ€™ with other Cord politicians seen as rebels at Serena Beach hotel in Mombasa.

Earlier there were speculations and rumours mostly propelled by statehouse operatives that the four were planning to form a party, Mungaro dismissed the assertions.

A source had said the four had already formed a party and came up with positions of chairman, Deputy chair and Secretary General.

â€œWe were not in a meeting we just met coincidentally and took lunch together, I ate chicken and chips and the colleagues also took theirs, there was no politics,â€™â€™ he said.

During the meeting the leaders took a group photo which was posted on Facebook and elicited a lot of reactions in the social media with people wondering the agenda of the meeting.

However Mungâ€™aro maintained that each individual leader talked of their development agendas in their constituencies and county.

Its obvious that the ground is Kilifi is so pro Odinga that Mung’aro cannot dare decamp!