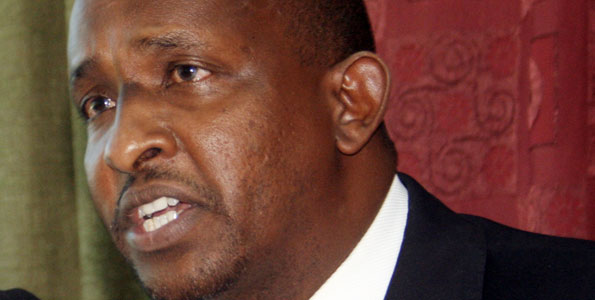 Jubilee coalition top operatives are having it hard to deal with the sad news that Majority leader in Parliament Hon Aden Daule lost his dear cousin due to the coming into effect of the newly enacted ‘DRACONIAN’ Security Law.

According to relatives of the Sheikh, â€œthe killing is a pure case of extra judicial killing as result of the newly passed draconian law.â€

The leader of Majority in parliament, Aden Duale has also taken to Twitter to complain about the killing even going as far as demanding action o the police whom he claim might be responsible for his cousin’s summary execution.

My condolences to the family of sheikh Dawara whose body was found in Embu. The killers must be brought to book even if it's the police

Are the chicken coming home to roost too soon for Duale? He was a major defender of the bill that Uhuru signed into law a few days before Christmas. CORD leader Raila Oding has asked the courts to halt the piece of legislation that experts have warned is DRACONIAN.

The security bill that has been passed, has taken care of all the issues raised by the Muslim community.

The DRACONIAN security law might just come to haunt many of those who supported the bill in Parliament. Already senator Kipchumba Murkomen is having it ROUGH in his home county of Elgeyo Marakwet as local leaders and the community are blaming him for the SACKING of IG David Kimaiyo.