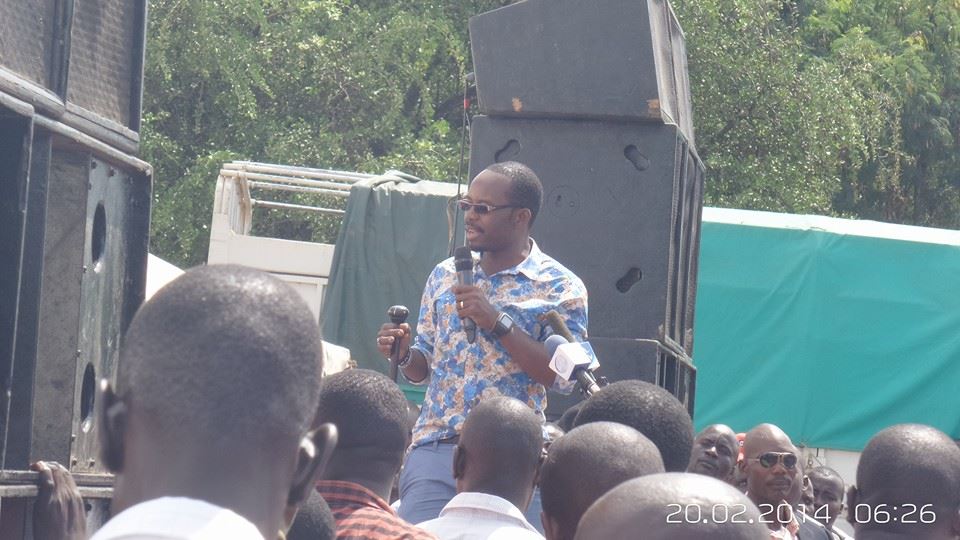 Former Raila top aide and Homa Bay county’s popular senate aspirant Silas Jakakimba has disputed rumours that he will be contesting the senate seat on a Jubilee ticket.

Jakakimba made it clear that not even in his remotest sense will he consider Jubilee as a vehicle to the senate. Jakakimba a close ally of prime minister Odinga is believed to have only defected from ODM for legal reasons to enable him contest as an independent or a CORD affiliated party.

He reaffirmed his commitment to the change movement that he has worked for tirelessly and even risked his life to built for the past 10 years.

Jakakimba remains Raila’s top fund raising machines with a fast of party sponsors beyond the borders.

Here is the statement he released via his campaign secretariat.

We are aware of propaganda generated by our opponents, now doing rounds, that â€ª#â€ŽTeamSilasJAKAKIMBAâ€¬ will proceed on a Jubilee -affiliated ticket. We hereby set the record straight by affirming that no such decision has been made, nor will such be considered, under any circumstances whatsoever.

We still believe that The People of Homa-Bay deserve an opportunity and a leveraged platform to grant electoral endorsement to whoever they believe stands a better chance to steer this County and The Republic of Kenya, to paths of prosperity.

We accordingly urge our supporters to remain calm and await official communication from the â€ª#â€ŽSilasJAKAKIMBAâ€¬ Secretariat on or before 27th December, 2014 for further directions.

Seasons regards and merry Christmas to all.