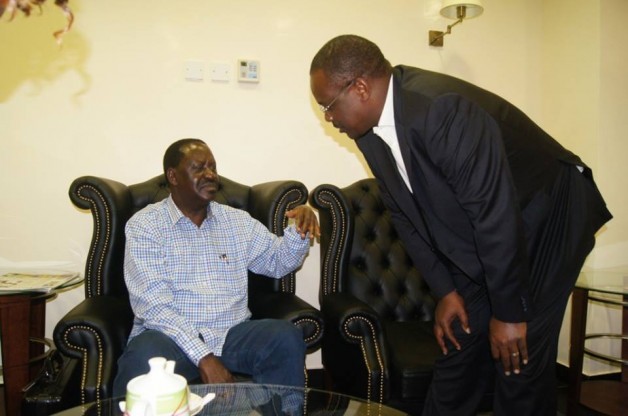 And there you have it. Nairobi Governor Evans Kidero confirms his opposition for referendum. Now #OkoaKenya can not say they did not know! Kidero is anti-devolution, he ‘refused’ to preside the referendum signature collection in Embakasi on Saturday. Kidero goes into history books as the worst watermelon of all time.

Then Okoa Kenya shot itself in the foot by including Governor Evans Kidero in its official program for launch of signatures collection in Embakasi yesterday. Guess what? Governor Kidero did not show up, was never going to. Okoa Kenya is left with egg on the face.

To rub it in, Kidero’s office withdrew a substantial cash amount from the City Hall treasurer on the same Saturday, and that amount was contributed to a funds drive in Muranga County where Kidero was Chief Guest hosted by Governor Mwangi who withdrew from agitation for referendum by governors three days earlier. Join the dots, and you can only see Kidero as key player in frustrating and subverting devolution.

One has to pity Nairobi rates payers. They see every week their money being used in benefit of other people to build Kidero’s political profile. And Okoa Kenya still can’t see the man has shown them the middle finger several times.