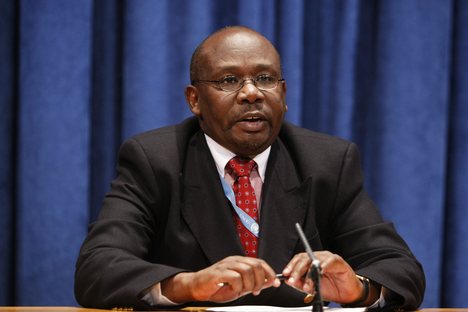 Attorney General Githu Muigai’s wife Margaret Waringa Muigai is one of 25 candidates recommended by the Judicial Service Commission for appointment as High Court judges. Mrs Muigai is the deputy director of the Kenya School of Law.

Prof Muigai is a member of the JSC and it is said that he excused himself from the commission sittings when candidates were being interviewed.

If appointed by the president many will interpret it as a reward to Prof Muigai’s steadfast defense of Uhuru in the already crumbling ICC trial, Prof Muigai led a successful onslaught on the ICC that saw the case against President Uhuru get suspended pending further evidence.

Many will make noise upon her appointmentÂ  BUT Mrs Muigai is a highly qualified lady and deserves the post, she has served as a magistrate previously.