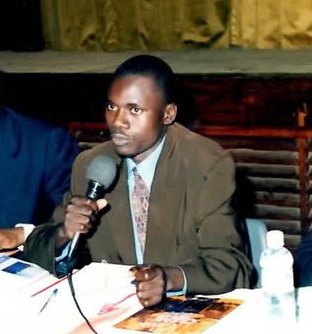 BY FWAMBA NC FWAMBA
â€˜Power corrupts, and absolute power corrupts absolutelyâ€™. This old adage appears to be defining the implications of the powers given to various institutions through the 2010 Constitution of Kenya. County assembly members are on the spot.

The Kenyan electorate are happy whenever leaders rise to fight corruption. The commitment and zeal with which various County Assemblies have stood out to fight corruption is highly commendable. Any county assembly membership as the oversight body at the county level is the most important institution that helps in checking the excesses of county governments. Without County Assemblies, it is possible that all monies sent to the county governments would be easily swindled by some corrupt county officers who are driven by greed than intention to serve the Kenyan people.

After the second impeachment of Martin Nyaga Wambora by the Embu County Assembly, Kenyans need ask themselves whether this is the best way of going about dealing with challenges that come with the teething problems of Kenyaâ€™s one year old devolved governance structure.

It is possible that if the Embu County trend is anything to go by then it will be hard for the devolved governments to work. Regardless of whether the former Embu Governor is guilty of the accusations levelled against of him or not, it is so apparent that most of the governors, as a result of Wambora impeachment are now struggling to please the members of their respective County Assemblies than working on service delivery to the electorate.

For the Governors, itâ€™s now about survival.Wamboraâ€™s successive impeachments have proved that it is easier to get rid of a Governor than any other person holding an elective office. Kenyan leadership, especially the governors, their deputies and members of parliament both in the senate and the national assembly should act urgently.

A stakeholderâ€™s conference should be organized to work out on legislation to streamline the role of County Assemblies in their oversight role to county governments. If this move is not made, it will be hard for the governors to effectively achieve their promises to the electorate. It is right to say that the Wambora woes have sent all governors in panic mode.

The witch-hunt against the members of county executives coated with the spirit of fighting graft is rampant all over the republic. It would be very progressive if the impeachments and threats to impeach were objective and pegged on real facts. The unfortunate bit is that most of the impeachments and threats to impeach governors are either political or motivated by disagreements over contracts and the cartels that used to run former local authorities that have since taken over the county governments in the respective areas.

At this rate, It is important for legislation to be in place to define the threshold for impeachment of governors or county executive members lest weâ€™ll end up with all the 47 governors being impeached or becoming lame duck to only serve the economic appetite of the members of County Assemblies and business cartels within their respective counties. If governors are blackmailed by business cartels, it will be hard for many progressive government policies and laws to be implemented.

If this circus continues, the 30 percent business opportunity to the youth as a presidential directive which has now been presented on the floor of parliament by nominated MP and TNA Chairman Johnson Sakaja as a Bill will be hard to implement at the county levels even when signed into law. It will be hard for young people to be given businesses at the expense of already established business cartels without governors and members of county executives fearing political ramifications borne out of witch hunt.

Currently a number of Governors are under siege apparently for failing to work at the whims of certain members of their County Assemblies. A number of members of various county executives face the same dilemma across the republic. No grievous offence has been confirmed against most of these individuals who potentially stand on the brink of being rendered jobless. While there might be legitimate concerns, lacking a clear and strict way of going about the impeachment processes can subject so many people holding these positions to irreversible injustices.

A law should be put in place to ensure that all channels are exploited before a decision to impeach a governor or a member of a county executive committee is reached. In this law, there should be absolute clarity of the circumstances and procedure under which a governor should be impeached. Making impeachment as it is currently can lead to a lot of interference in the process of implementation of the constitution.

In this law, there must be a framework where it is compulsory for the voters who elected the governor and competent legal experts to play a direct role in respectively determining whether a governor or a member of a county executive should be impeached. It is hard for people held at ransom to do any serious work that will benefit ordinary Mwananchi.

The Commission on the Implementation of the constitution should also work closely with parliament on coming up with this specific law. The writer is the leader of Kenya young votersâ€™ alliance