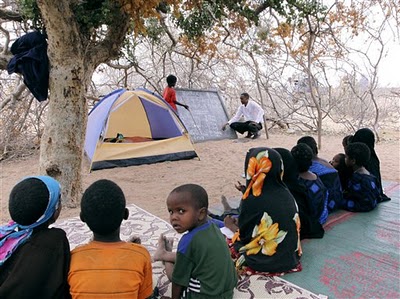 Giving Class One pupils computers next year by the government is wrong-headed. I had expected the Education Secretary, Professor Jacob Kaimenyi, to be wise to unrealistic utopian promises as Kenya strives for what is best for our children. 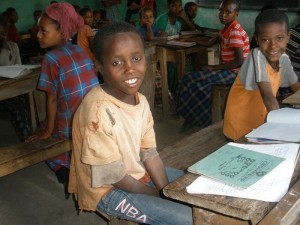 Introducing computers to children under ten will have negative affects say experts.
We have to address the all important issue of cost. The proposal presented to the Parliamentary Committee on Education Science and Technology by Professor Kaimenyi says Sh75 billion will be needed immediately to roll out the project at once. This is not feasible.

Professor Kaimenyi therefore, suggests that the programme be implemented in three phases. The first phase to cost Sh22 billion, meaning only about 425,000 pupils will be provided with laptops starting in January 2014, out of the 1.3 million children expected to join Standard One. There are two immediate problems. What guarantees are there in the long run that funds will be available for all pupils? Who will decide who should receive and who must wait without being left behind?

But there are other vital issues. There are risks in giving children computers too early. Professor Kaimenyi should have the spine to advise the President against giving laptops to Primary One children.

H.E. Uhuru Kenyatta is pulling all the strings to honour this vow: â€œlaptops for all primary one pupilsâ€. Letâ€™s put the project into its political context. It was conceived in the irrational womb of presidential campaigns, not an atmosphere conducive to careful evaluation. We need assurances that the project will be evaluated objectively to determine its full import and impact on learning.

I had wrongly assumed that this â€˜rush vowâ€™ would fizzle out with the elections. We will be fine, Mr President, if this promise is not kept. Implementing this project will create a plethora of problems. Perhaps this is H.E. Uhuru Kenyattaâ€™s Jephthah moment.

Jephthah swore an oath: â€œâ€¦whoever emerges and comes out of the doors of my house to meet me, when I return in peace from the people of Ammon, shall surely be Godâ€™s, and I shall sacrifice as a burnt offering.â€ (Judges 11:31)

Let me put this in context. Jephthah, a local warlord, had been requested by the elders of Gilead in ancient Israel to be their leader in a campaign against the Ammonites. The elders agree that, provided he succeeded in defeating Ammon, he would be their permanent chief. Battling for Israel as a whole and in reliance on the might of God, Jephthah challenged the Ammonites.

To his surprise and grief, the victorious Jephthah was met on his return by his daughter, his only child. The Bible tells us Jephthah tore his clothes and cried, â€œAlas, my daughter! You have brought me very low!â€. But he felt bound by his vow: â€œI have given my word to God, and I cannot go back on it.â€ (Judges 11:35) And so Jephthah â€œcarried out his vow with her which he had vowedâ€ (Judges 11:39).

This action remained a debating point among the people of Israel for centuries. Flavius Josephus, the first-century Jewish historian, writes that â€œ[Jepthah] sacrificed his daughter as a burnt offering: offering such an oblation as was neither conformable to the law, nor acceptable to God; not weighing with himself what opinion the hearers would have of such a practice.â€

There is a lesson for Kenya here. Shouldnâ€™t we focus on weightier issues that have bedevilled education delivery in the country rather than making our children drink from a poison chalice such as this?

The survey found that less than one third of pupils in Class Three across East Africa passed the basic tests in literacy and numeracy required at Class Two level. By the time they are enrolled in Class Seven, the report said, two in every 10 pupils still did not have class two level competencies. And although Kenyan pupils emerged as better performers than those from Uganda and Tanzania, the situation was described as â€œbeing the best of the worstâ€. A vast number of our children do not yet have the needed reading and mathematical skills to benefit from computer use.

Worse still, evidence suggests that premature introduction of computers risks retarding learning in literacy and numeracy even further. On August 8, 2010, Miawling Lam reported in The Sunday Telegraph how computer use has a â€œpersistent negative impactâ€ on childrenâ€™s maths and reading test scores.

Lam cited a report that surveyed more than half a million children which revealed that technology was counter-productive in improving student achievement. It found that introducing children to computers from 10 years of age could have a detrimental effect and was associated with â€œmodest but statistically significant and persistent negative impacts on student maths and reading test scoresâ€.

This is a clear warning for us who want to introduce computers to children of age 6. The Studyâ€™s co-author, Professor Jacob Vigdor warns, â€œStudents who gain access to a home computer between 5th and 8th grade tend to witness a persistent decline in reading and math test scores.â€

â€œFor school administrators interested in maximising achievement test scores, or reducing socioeconomic disparities in test scores, all evidence suggests that a program of broadening home computer access would be counterproductive.â€ He added.

Then, there is the issue of training for teachers. Joseph Karuga, responding to the Uwezo Trust report, has said teachers lack adequate skills to transfer knowledge to learners, noting that teacher training colleges needed to do more. â€œToday, most teachers are not addressing the question of how learners actually learn,â€ Mr Karuga said.
Throwing computers into this mix will only complicate matters. How will our teachers teach children computers they themselves have no knowledge of?

We need then to ask if Professor Kaimenyi, in advising the President, has considered research on how this technology will impact the neurological development of children.

Neurologists are increasingly concerned about the negative affects of prolonged use of computers among young children. Neurological studies have shown that computer use may develop habits that strengthen certain areas of the brain but do not allow others to strengthen to their full potential.

Jane Healy writes in her very instructive book, Failure to Connect (New York: Simon and Schuster, 1998): â€œThe way children use computers may have powerful long-term effects on their minds. The main reason, of course, is that using any medium affects the underlying neural circuitry that is being established during childhood and adolescence.â€ Before parents and educators become too excited about children using computers, the long-lasting neurological impacts must be taken into account.

Attention is developed over the course of many years and occurs in three stages. During these stages it is necessary for the brain to practice activities that hone attention skills. Computer use can often conflict with the activities
that are needed for one to develop the ability to pay attention.

The first stage occurs until age seven. During this period, children learn how to be selectively attentive. Too much sensory input during this stage can cause children to either â€œtune outâ€ or to become â€œjumpyâ€ and over-stimulated by input that does not warrant that kind of response.

The second stage occurs in later childhood, typically between ages seven and nine. This stage is particularly critical because it is when â€œresponse organizationâ€ â€“ the ability to form a plan and act on it in an organized, efficient manner â€“ is developed. Instead of requiring that the pupil determine the appropriate sequence of steps that must be taken in order to reach a particular goal, the computer has these steps mapped out.

The last stage is where pupils learn to give sustained attention, or the ability to stay focused for a period of time. This occurs from age eleven onwards. This stage is important for teenagers as they continue to develop the ability to focus for long periods of time. Research by Colleen Cordes and Edward Miller, in â€œFoolâ€™s Gold: A Critical Look at Computers in Childhoodâ€ shows how too much time spent on the computer infringes on the brainâ€™s chance to gain this crucial skill. In short young children need to develop the neurological base necessary to pay attention and too much computer use can distract them from learning these all-important skills. I could cite much more research in support of my case. 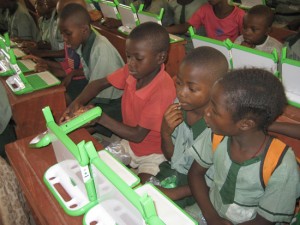 The other important impact that computers have the brain is on chemical responses to emotions. Computer games or even subliminal images cause neurological reactions in humans. In Neuroscience for Kids, Eric H. Chudler from the University of Washington writes that, â€œThere are physical responses to fear, anxiety, or excitement that all humans experience and are unable to control.â€

He points out that hormones or chemicals such as adrenaline cause increased heart rate and muscle changes for the fight or flight response. These responses can become an ingrained physical habit if one is repeatedly exposed to computer gamesâ€“even educational games. â€œThe full effects of such â€˜downshiftingâ€™ to primitive fight or flight responses are unknown, but they could habituate the brain to a need for â€œextremeâ€ experience or chronically affect blood pressureâ€.

He cautions that overuse of computers during development may also cause the prefrontal cortex (which regulates emotion, complex thought, and problem solving) to become idle resulting in a lazy or underdeveloped executive system. The development of these habits, he says, has serious implications for future generations. This aspect almost seems more dangerous than a lack of attention skills because it is a physical response that becomes a habit of the body. Where as humans can consciously decide to remain working on something that is not particularly interesting, but necessary for them to complete, they are unable to consciously decide on the level of adrenaline they should release into their system. In this sense, it is important that habits are developed that do not cause children to grow up with these physical responses at inappropriate times.

The government needs to pause and rethink this project. Given the zeal and zest about use of computers in schools, it is curious that these researches on how computers directly impact brain activity in children have been ignored. While it is true that computers can certainly supplement the learning process and aid children who have learning disabilities so that they are able to comprehend material that would otherwise prove challenging, allowing us to reach out to the rest of the world, we should â€œerr on the side of cautionâ€ by NOT implementing this project to this age group.

Rather than indulge a â€˜rush vowâ€™, we need to safeguard both the learning and health of our children. Let Jephthahâ€™s daughter live!

Rev. Canon Francis Omondi
All saints Cathedral diocese â€¦
The writer holds also holds an education degree .
These are the writers own views