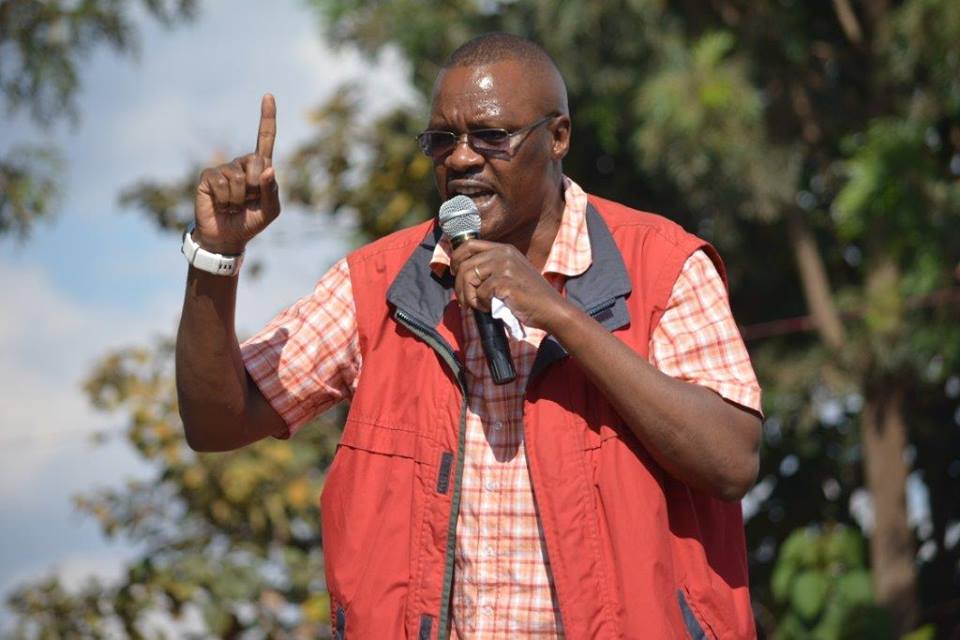 Addressing a multitude of local residents at the Kamkunji grounds in Kibra this afternoon, Mayor Aladwa said that Owalo is one of the few youthful leaders within the opposition CORD Coalition who are steadfast and fiercely committed to the ideals of the opposition coalition, as opposed to many current members of the National Assembly who have abandoned the course of the opposition but chosen to dance to the whims of the Jubilee Coalition. Aldwa who was widely cheered throughout his speech, further went ahead to assert that Owalo has elaborate networks both locally and internationally that can be tapped to help in addressing the myriad of challenges within Kibra for the benefit of residents of the expansive slum.

The former Mayor of Nairobi went further to assert that Owalo has been a key cog in the wheel of the opposition and one of the few who has been in the forefront in pinpointing the ills of the Jubilee Government despite not holding any elective position, and would therefore be an invaluable asset to the ODM Party as an elected member of the National Assembly in 2017 to help the opposition pursue an appropriate legislative agenda.

Speaking during the same function, Eliud Owalo appealed to opposition elected leaders to propagate the ideology of the CORD coalition and also help in spearheading the Okoa Kenya referendum agenda. Owalo went on to urge the local residents to exercise utmost commitment in disseminating and implementing the CORD Manifesto instead of being pre-occupied with the fallacy of cooperating with the National Government, yet it is just one among the 48 Governments whose roles are distinct but complimentary as provided in law. Owaloâ€™s speech was keenly followed by the residents especially when he asserted that whereas Kenyans in their capacity as Tax Payers deserve equitable distribution of resources, it is misplaced, primitive and outdated for provision of services to be exercised on the basis of loyalty to the national Government as was the case during the repressive Nyayo era. Owalo urged that the focus of all Kenyans should be to push through a legislative framework through the forthcoming Okoa Kenya referendum which seeks to enhance devolution that is geared towards ensuring increased resources to the County Governments from the current 15% to 45% of the National Revenue.

In his speech which the residents keenly followed, Owalo launched a passionate appeal to the local youth and newly-married women to acquire national identity cards and also register as voters in readiness for the referendum and the next general elections, noting that it is through exerting their constitutional voting rights that they can facilitate real change in the Country by voting in a reform-minded Government that guarantees equity, impartiality and utmost fidelity to the constitution for the benefit of the Kenyan masses.

Owalo was widely cheered by local youth when he concluded his speech by asking the local CORD coalition leadership to immediately hold relevant consultations on the ground with a view to identifying a total of 25 deserving youth, 5 from each ward of Kibra constituency whom he pledged to instantly sponsor to pursue PSV driving lessons at the local Grabens Driving School owned and operated by a resident of Kibra Constituency as a means of not only empowering the youth economically but also promoting local entrepreneurship. The crowd became ecstatic when Owalo also gave a pledge to spearhead the acquisition and operation of two transport bus projects in Kibra for the Youth and Women respectively as a first step towards enabling them to become economically self-sufficient.

During the function, Owalo gave an additional cash contribution towards the burial expenses of Mrs. Yvonne Achieng Jamwaka, who is the late wife to a vocal ODM Youth Leader, Dr. Julius Jamwaka. CORD leader Raila Odinga also sent his cash contribution to the bereaved family through Mr. Owalo .