The first Nairobi county deputy governor made the announcement via his official twitter handle on Friday morning.

He announced his exit from Wiper on September 4.

“I hereby tender my resignation with immediate effect as well as relinquish my platinum membership, ” he said in a statement.

“I request the office of the registrar of political parties to immediately delete my name from the member list in Wiper.”

He became the second member of the party to resign after former Machakos Senator Johnson Muthama.

Word has it that Mueke is expected to run for Kitui gubernatorial seat on UGM ticket.

While joining UGM, Mueke said he had started a journey with other progressive and like minded Kenyans to bring the change.

“From today I shall lead with others, the #UGMparty that will deliver on the aspiration of Kenyans.We have started something progressive today. Let us unite and do good for our country Kenya,” he said.

Mueke cited the highest level of corruption in the country as some of the reasons why there is a high rate of unemployment.

“President Obama said: “Change will not come if we wait for some other person or some other time. We are the ones we’ve been waiting for. We are the change we seek. Our economy is struggling, unemployment is at its highest and corruption is getting worse. Even in the middle of this pandemic, people have stolen money set aside to save our lives,” he said. 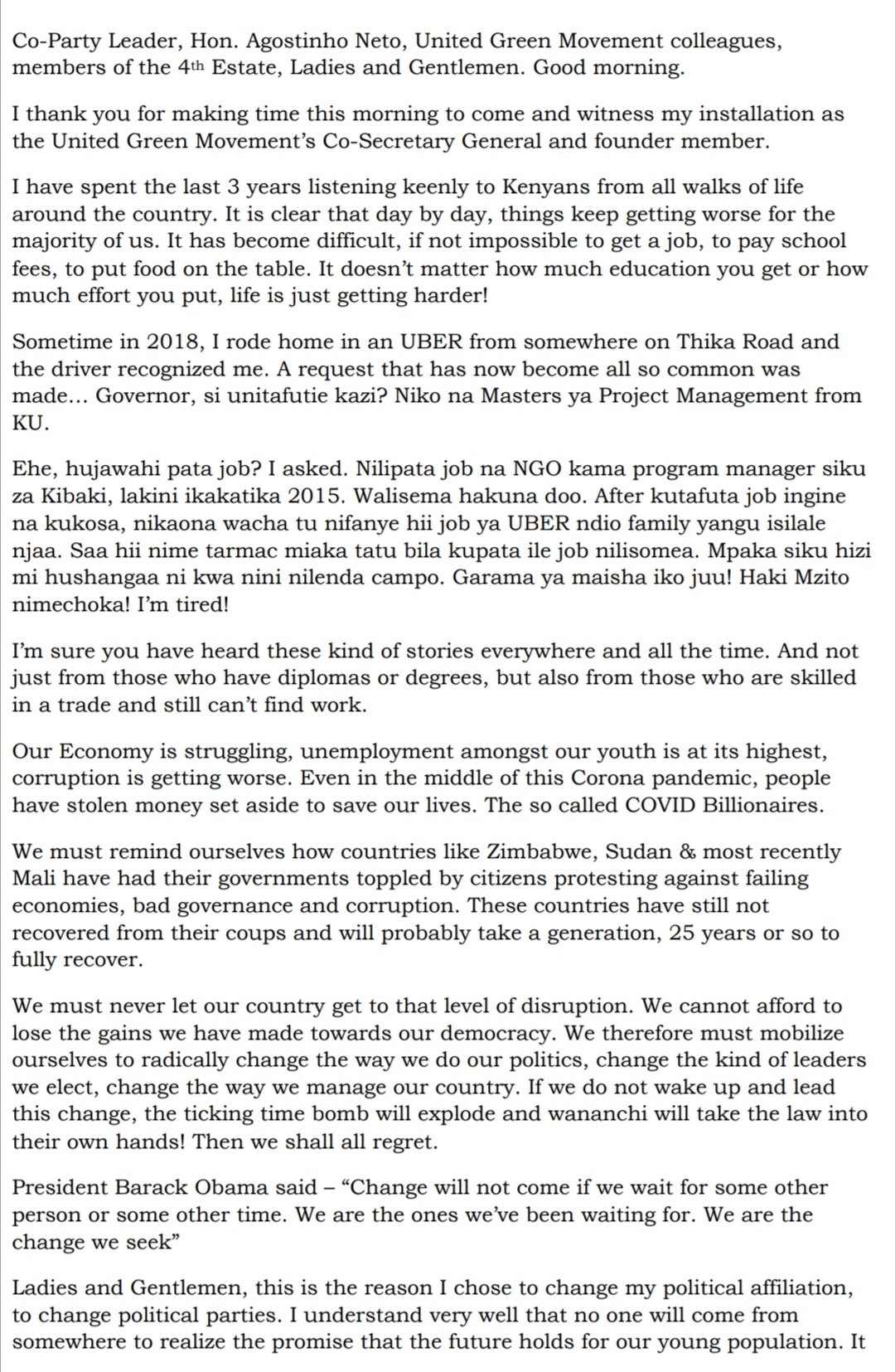