On September 5 when Kenyans awaited for the Supreme Court ruling on the Presidential petition, President William Ruto’s then Karen home was a beehive of activities.

About a week later, on September 13 after the inauguration ceremony of the country’s fifth President, the journalist updated his social media bio to reflect his new role as the Communication Director in the Office of the First Lady.

Reports indicate that the journalist, who has a strong grounding in Christianity and serves as a pastor on the side, has worked with the First Lady Rachel Ruto for a while now. 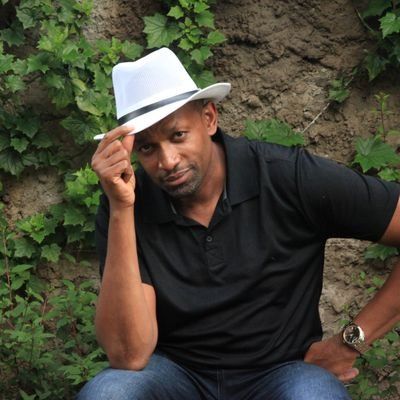 His journey to the top has, however, not been an easy one from his days as a cleaner at a Supermarket.

In 2019, he narrated that he had to work as a floor cleaner part time to raise school fees while attending classes during the day.

“I was paying my own fees and had to work at night and attend classes during the day. The secret was focusing on what took me there.

“I washed supermarket floors at night and stacked the shelves. Towards the end, I was a cab driver,” he noted.

Gitonga pursued a Degree in Electrical Engineering at Nottingham University in the United Kingdom after leaving France over communication barrier.

He was influenced by his desire to pursue the course due to his love for gadgets and a little pressure from his father who was inclined towards science subjects.

“I initially went to France, but the language barrier made it difficult for me to study. After three months, I opted to go to the United Kingdom where I enrolled at Nottingham University to study electrical engineering.

“I did a course in making and engineering of musical instruments. My interest in engineering was two way; one was pressure from my dad as he desired me to do something ‘sciency’ as he was a scientist. The other was my love for gadgets,” he continued.

His entry into the media was somewhat an accident since he had gone to a radio station to oversee the recording of an advert for his church.

The voice over artist had, however, left for the day and he insisted on trying to do the recording. Fortunately, the owner of the station happened to be passing by and the two held a meeting that would launch his career, catapulting him into media fame.

Mike is among a thin cluster of news anchors who have taken up roles in church and held preaching duties at the House of Transformation Ministries, Nairobi Gospel Assembly Church, located along Garden Estate Road.

While at KTN News, Mike hosted Morning Express, and anchored news on a number of bulletins.

Prior to joining the Mombasa Road-based media house, Gitonga worked for Family Media, that owns Family TV and FamilyRadio316. On radio, he was popularly known as Mike on the mic.

Mike Gitonga is a passionate photographer and a cycling enthusiast.