ODM Director of Communications Philip Etale yesterday accused a section of the media for distorting Cord coalition messages to the public in a host of issues the party has made a stance on.

Etale was yesterday forced to issue a series of clarifications over the coalition’s resolution after segments of the press reported that the Coalition had agreed to join the Jubilee Alliance over their push to have the Hague cases deferred and the country pulled out of the Rome Statute.

“As a matter of fact, the meeting at Orange House which was graced by Co-Principals Mr. Raila Odinga and Mr. Moses Wetangula never resolved to support the deferral of the cases or the withdrawal from the Rome Statute as some Media Houses are reporting to the public,” said Etale.

“The meeting resolved to speak for all Kenyans of all classes and that justice prevails for the victims of the Post Election Violence of the 2007/2008 who have been ignored by the advocates of withdrawal and deferral and impunity punished,” he added.

The coalition’s joint press statement did not expressly support, nor oppose deferral, only stating that the coalition was ready for a ‘structured and constructive engagement with both the government and the international community’.

The Kenyan Government with the help of some member states of the African Union (AU) has requested for a deferral of the two cases before the ICC by invoking Article 16 of the Rome Statute. Itâ€™s to be noted that the Rome Statute itself has provided this specific mechanisms for purposes of a deferral. This factor should be born in mind by those calling for a withdrawal from the ICC or the repeal of the International Crimes Act. For the record, CORD has not changed its position on this matter and we are prepared to have a structured and constructive engagement with both the Government and the International Community within the context of the Rome Statute to ensure that victims get justice and impunity is punished.Â

However, the possibility for open dialogue with the government was interpreted as ‘support’ for the ongoing Jubilee attempts to pull the country out of the Rome Statute as well as stop the trial of President Kenyatta. Etale termed the reports as a’malicious’.

“CORD urges its supporters to ignore twisted reports by a section of the media on the ICC issue. The reports are malicious,” said Etale. He also reminded the country’s national press that the coalition has often fought their wars, wondering why it so happens that the media wilfully misrepresents information by the Coalition.

“CORD has been on the forefront to fight for the freedom of the press. It is irresponsible for the same media to mirepresent facts by CORD”.

Earlier, social media was awash with information emanating from an individual at Orange House who claimed that Dr Evans Kidero, the Governor of Nairobi County, had ‘stormed out’ of a meeting chaired by the party leader, Hon. Raila Odinga.

This is consistent with a perception recently created that Dr Kidero is not keen on CORD affairs and seems to have a frosty relationship with Mr. Odinga, a charge the governor has consistently denied.

During yesterday’s meeting, Gov Kidero excused himself to attend to other official engagements and was seen off by Hon. Odinga, however, a twisted version emerged that their had been a fallout which made Dr Kidero leave. Etale had to clarify:

It has been reported by a section of the media that Nairobi Governor Dr. Evans Kidero stormed out of the CORD PG, Governor’s summit NECs meeting at Orange House today.

The correct position is as follows;

Dr. Kidero arrived at Orange House for the meeting at 9.am as stated in the programme. He waited at the ODM Party Leader’s office alongside members of parliament and senators and officials including Rongo MP Mr. Dalmas Otieno and the ODM Executive Director Mr. Magerer Langat for the CORD Principal’s to arrive.
The CORD Principals, Mr. Raila Odinga and Mr. Moses Wetangula arrived at 9:45am from a meeting they earlier held and held and were recieved by Mr. Dalmas Otieno, Dr. Kidero and Mr. Magerer. They held a brief meeting in the ODM Party Leader’s office before joining others in the meeting hall.

Dr. Kidero sat in the meeting hall for one and half hours before walking to the Principals Mr. Odinga and Mr. Wetangula for brief consultations and excused himself to attend to other official matters.

Dr. Kidero had earlier said that he would not sit in to the conculsion of the meeting as had an engagement at the UN Headquarters where he was chairing a session at the ongoing CEO’s meeting in Gigiri.

Dr. Kidero never walked out of the meeting as is being reported and I request that this be corrected.

Oh, there is that African proverb, ‘Until the lions have their historian, tales of the hunt shall always glorify the hunter.

The Standard: “Drama, Confusion as CORD decides on ICC” 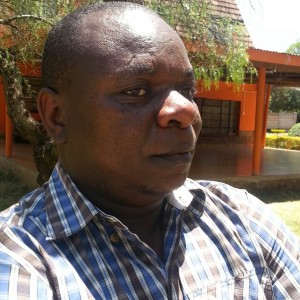