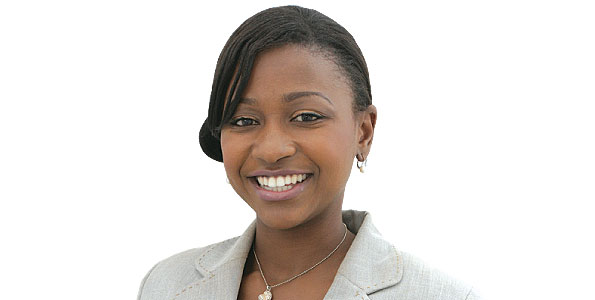 By Esther A Timberlake

â€œManhood is not a matter of a piece of flesh, Real Manhood is in the heart.Â How strange that excision â€“ female circumcision, with several languages using the same term for both kinds of mutilation â€“ of little girls should revolt the westerner but excite no disapproval when it is performed on little boys. Consensus on the point seems absolute. But ask your interlocutor to think about the validity of this surgical procedure, which consists of removing a healthy part of aÂ non-consentingÂ childâ€™s body onÂ non-medicalÂ grounds â€“ the legal definition ofâ€¦ mutilation.â€Â Esther Timberlake, Melbourne 2013

I felt the need to write this article after receiving thousands of â€œabusiveâ€ messages on our official page, from both men and women, 90 per cent of whom were referring to my husband and Luos asÂ kihii.

To be honest, my husband is not thatÂ kihiiyou call him. He has never been one since his eighth year. I am writing this article so as to make those who glorify circumcision understand first of all that just because someone comes from a particular community does not automatically mean they are either circumcised or not. Secondly and in general, to people who come from communities that do not care for cutting off parts of their nether-regions, being called aÂ kihiiÂ means nothing at all.

The first time I heard this wordÂ kihiiÂ was when I was in Standard 8. I cannot remember which Kikuyu friend of mine revealed to me that it was the biggest insult you could hurl at a man from her community. I thought it was ridiculous. I was head-strong and young. I immediately did the unthinkable. I had a Kikuyu desk-mate, James, with whom I got on fairly well.

We had been class mates for 3 years and had never fought. We were on a school trip, camping somewhere in the Rift Valley. I went up to him with a big smile on my face and said, â€œHey Jamo youÂ kihii,â€ The immediate transformation was almost demonic. The usually cool, calm and collected James morphed into a red-eyed frothing teenage mass of fury. Before I could quip, â€œjust kidding!â€ he was after me.

Fortunately I was quick on my feet but he would have caught up with me had his friends not restrained him. Iâ€™m sure I would have received a thorough beating had it not been for them. Our relationship was never quite the same again.

I was shocked and bemused at the same time. I forgot about this experience until recently when my husband started getting called the same online. His reaction was so diametrically opposite to Jamoâ€™s. He kept laughing at all theÂ kihiiÂ comments and asking, â€œis this all it boils down to? Is there nothing else on these peopleâ€™s minds?â€ The word has even become a running joke in our house because we get it posted on our sites every few minutes.

Let me put it in perspective. In the same way that most Kenyans find it absurd that a woman would be shunned by her community for not getting her clitoris and labia cut off and sewn together as a rite of passage (Infibulation) many find it absurd that a man would be negatively judged for not subjecting himself to circumcision, a process often referred to as Male Genital Mutilation by numerous Western governments.

I believe the circumcision issue in Kenya has been blown way out of proportion especially when compared to the rest of the world. The foreskin or lack thereof has been used in our country as an excuse to bully, threaten, deny jobs and deny elective posts and positions of power to those who do not care for the practice. Never mind that no one actuallyÂ checksÂ to confirm whether one is circumcised. It is an assumption made based on the community from which one originates â€“ which leads to the conclusion that the circumcision issue is merely an excuse to create the impression that certain people are not fit for leadership.

The voices of those who practically worship the practice far outweigh those who donâ€™t, even though the numbers are comparable. I would like to give voice to the other side because I think it is important to have a balanced view. I also fear that those who do not circumcise may grow up with a complex that they are â€œless of men.â€ Nothing could be further from the truth. For those for whom this practice is not cultural, PLEASE, hold on to your foreskin! If you already succumbed to undue pressure and cut it off, I am sorry, you will never be able to getÂ  your foreskin back but I ask you not to subject your young boys to a practice that is not your own and whose real benefit is still questioned even by professionals. .

It is now widely recognised that in fact the foreskin has a useful function. It protects the meatus (the opening of the urethra) from trauma, infection and narrowing down (the most common complication after circumcision from the rubbing of the glans) The foreskin also prevents meatitis, meatal ulceration and meatal stenosis â€“ conditions seen only in circumcised boys and men, who are also more likely to get urinary tract infections.

Unfortunately in our country, proponents of the practice never make these facts publicly known and sufferers are often too embarrassed to reveal the truth (oh no, that is not manly at all!) As a result, the real picture of circumcision is not known to most Kenyans. Allow me make it a little more clear.

The lack of foreskin reduces the sensory input necessary for a satisfying sexual experience for both parties. Research shows that many circumcised men report a significant loss of sensitivity. There are numerous cases of men suing their parents and hospitals for ruining their sex lives through circumcision.

One recent case was filled by William Stowell in the USA where circumcision is often done at infancy. Stowell sued his hospital of birth for denying him his foreskin and therefore denying him, â€œthe pleasure of normal, natural intercourse.â€ The hospital, sensing looming defeat, was forced to settle with him out of court for an undisclosed amount. Unfortunately, a large percentage of men circumcised at infancy and as teenagers suffer lower sexual function.

Those who claim otherwise will probably never know what would have been, had they retained that extra bit of sensory flesh. No one will readily admit this in Kenya (although the high number of women from communities who practice circumcision marrying into the â€œuncut societyâ€Â mayÂ be a sign â€“ marriages in the reverse are practically negligible) but those in the West who were sexually active before circumcision have well documented their sexual issues (see Removing pleasure: Male Genital Mutilation.

This is only logical. Without a sheath, the male tip of the penis is constantly exposed to everyday elements, leading to a reduction in sensitivity. Additionally, the foreskin is not simply a piece of skin. It contains numerous sensory nerves and the loss of sexual feeling can be compared to the same loss women feel when parts of their clitoris are cut off.

For a long time it has been said that a person who is not circumcised cannot make a good leader or warrior. This is a lie. Shaka Zulu banned circumcision in his mighty nation as it interfered with the Zulu males who were preparing to be warriors. Shakaâ€™s â€œuncircumcisedâ€ warriors were some of the most fearless and terrifying fighters in African history. Using them, Shaka conquered vast swathes of land, creating the most powerful kingdom of southern and central Africa.

Manhood is not a matter of a piece of flesh. Real manhood is in the heart. Â Zulus have not practiced circumcision since Shakaâ€™s ban on the practice over 200 years ago. The 2010 directive from King Â Zwelithini that all Zulus be circumcised was met with surprise and resistance. Zulus do not think it necessary, neither is it a part of their culture.

To date, few Zulus have followed his orders. Those who have, have done so, not so that they can become â€œreal men,â€ but because of the purported medical benefits of circumcision such as lowering the prevalence of HIV/Aids.

I question the veracity of this medical assertion and a number of researchers reject the effectiveness of circumcision as an HIV prevention strategy. I do not know the â€œins and outsâ€ of medical research but what I do know is that a smaller percentage of men in the West practice circumcision and yet they have the lowest prevalence of HIV/Aids in the world. In order to control the spread of HIV/Aids, why not employ some of the methods applied in the West (such as strict reporting requirements and imprisonment of those who spread Aids knowingly) and combating some age old archaic practices such as wife inheritance and polygamy amongst communities such as the Luo? Because believe me, cut off as much of your foreskin as you like but if you inherit the wife of your brother who died of HIV/Aids, you too will get the disease, lack of foreskin notwithstanding.

Instead of cutting off parts of your male bits based on disputed medical wisdom of the day (remember it is the medical profession that in the 50s told the world that cigarettes were healthy for you and more topically, the medical profession once claimed that circumcision cures paralysis), and regretting in future when you cannot get your foreskin back, why not keep your manhood intact and employ more practical methods of fighting HIV/Aids such as sticking to one sexual partner?

It is also said that one needs to lose the foreskin as it is more hygienic to go without it. However, it has been medically proven that with proper care, there is no difference in hygiene between the circumcised and uncircumcised.

Away from medical research, on a practical, logical level, all I can say is that a man who needs to cut off a part of his penis in order to keep clean is not a very clean man in the first place. The foreskin may be gone but his other nooks and crannies will still cram the same filth he would have been unable to clean off his manhood had he not gotten the cut. He canâ€™t very well cut off his butt crack or sever his smelly mouth from his face now can he? A filthy man is a filthy man, foreskin or no foreskin.

I totally stand against this word kihii because to me, it seems that one community is using it to wage war against others for political and social mileage. We are all Kenyans and must defuse any tensions created among us.

As a former media personality and having worked in media and courts, I know what damage this can cause. Luos are like other Kenyans even though I am a mix of two tribes. My husband is a Suba by ethnic code, so all of you have been wrong to hurl insults at him. Luos are Kenyans, why hate them politically, socially, and generally?

Lastly, in a country where 80% of the population, circumcised and uncircumcised, profess that they are practicing Christians, I would like to draw your attention to the following Bible scriptures (emphasis mine). I hope these will put an end to the unhealthy obsession with male genitalia that has taken over some people minds: