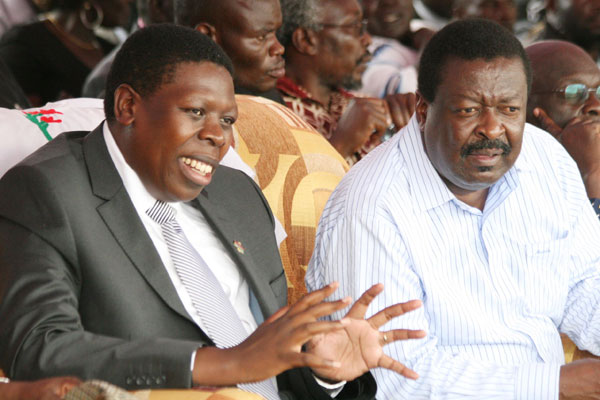 Kenyan Ambassador in Washington DC was a promise of Uhuru Kenyatta to Eugene Wamalwa during campaign. Sadly for the Luhya, that post has been given to Robinson Githae. Remember that beautiful speech by brother Eugene?

Yes, you can call it whatever you want BUT it is embarrassing to say the least for Eugene.

Eugene Wamalwa has been trailing Uhuru hoping to get a state job but looks like the son of Wamalwa is not lucky. He accompanied the president to Washington and was even got locked out of White-house among other embarrassing events ever since he joined Musalia’s UDF team.

Musalia himself has been waiting for appointment but looks like the son of Budamba will have to wait a little a longer. The question is ; for how long will Musalia be used for a no return by the Mt Kenya?