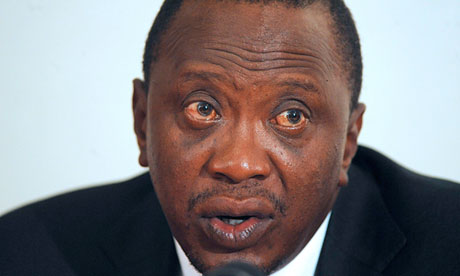 STATEMENT BY H.E UHURU KENYATTA C.G.H. PRESIDENT AND COMMANDER-IN-CHIEF OF THE DEFENCE FORCES OF THE REPUBLIC OF KENYA ON THE DIVISION OF REVENUEBILL, 2013, 11TH JUNE 2013

My attention has been drawn to concerns that have been expressed following my assent to the Division of Revenue Bill, 2013 on 10th June 2013. I wish to clarify that in assenting to the Bill, I acted strictly within the law,in pursuance of the national interest and with a view to safeguarding the integrity and timeliness of the budgetary process.As provided for in the Constitution, the consideration, debate and approval of bills, including the Division of Revenue Bill, is the mandate of the legislature not the executive.

However, as Kenyans are aware,disagreements have arisen between the National Assembly and the Senate over their respective roles in the Division of Revenue Bill 2013.In the aftermath of the stalemate between the two Houses of Parliament,the options of the Executive under the law are limited to not acting at all, vetoing the Bill or Assenting to the Bill. The option of not acting at all would not help the situation as the Bill would become law after 14days; while vetoing the Bill would similarly have led to further delays in the budgetary process.

In the circumstances, the most prudent cause of action was to assent to the Bill in order to facilitate the timely conclusion of budgetary process and avert the risk of bringing Government business to a halt. Moreover, by not signing the Bill, we would have severely compromised the ability of county governments to take off in the very first year.As the debate between the National Assembly and the Senate unfolds, I reiterate my commitment to the success of the bicameral legislature and will shortly commence consultations with the National Assembly, the Senate and other stakeholders in order to facilitate the speedy conclusion of the debate and arrive at a mutually agreeable way forward that is also in the national interest.

I further categorically state that contrary to claims that have been made by some political leaders, my assent to the Division of Revenue Bill 2013 does not in any way undermine the devolution process. Indeed, the Bill I assented to was voted by the entire membership of the National Assembly which comprises all Parliamentarians â€“not just the Government side. Moreover, and as I have stated previously, I am committed to the full implementation of devolution and will continue to engage with Governors and other stakeholders towards making the process successful.

As we embark on the final journey of implementing our constitution there will be many challenges associated with interpretation and I call upon all Kenyans and especially our political leaders to face the unfolding new challenges with restraint and embrace the spirit of dialogue.PPS June 11,2013