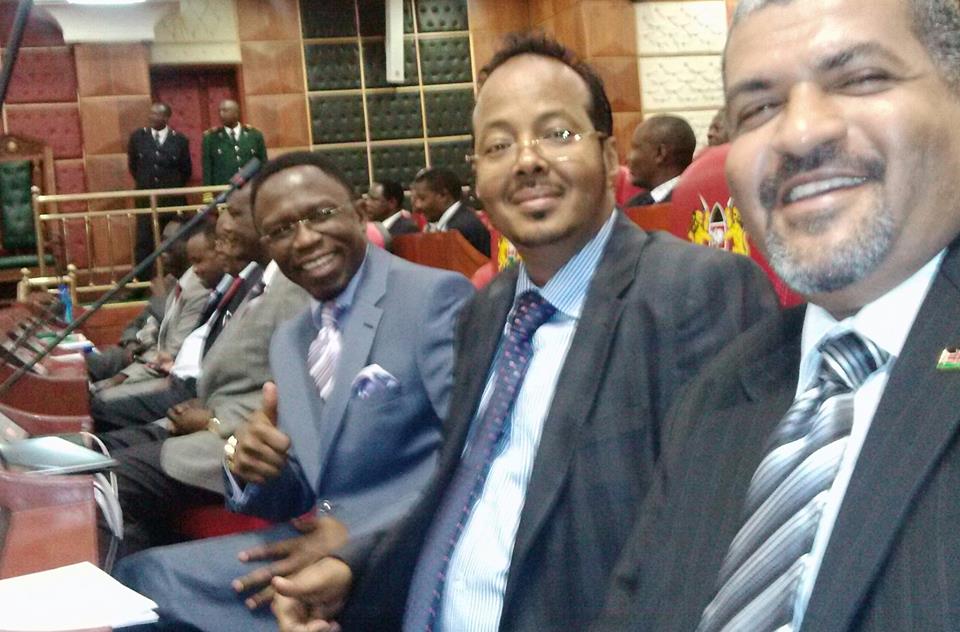 DEBATE IN PARLIAMENT TODAY: (PBO Act), Raila Odinga’s CORD coalition MPs organised effectively to deal their Jubilee colleagues a crushing and surprising defeat in both the vote by acclamation and physical vote.
Speaker Justin Muturi ordered the physical vote after Jubilee, surprised that Cord had outshouted them, got members to ask for
the second round of voting.

Here is the reaction of two distinguished members of parliament upon the conclusion of the voting in Parliament;

Very pleased today with CORD efforts that saw us defeat Jubilee attempts to force through the manifestly unconstitutional Miscellanious Ammendment Bill that proposed some very negative changes to 49 laws with terrible implications for NGOs and youth, among many other sectors.

We also managed to force adjournment of debate on the contentious Media Bill. The battle royale continues tommorrow…what matters is really not winning or losing votes on the floor of the House, but walking on the RIGHT side of history.

Today the CORD side came quite prepared to defeat the Statute Law Miscellaneous Amendment Bill, 2013 that had some controversial clauses especially the one on Ngos (Public Benefit Organizations Act) limiting their funding to 15% passed through a federation. We were beaten in all the votes. I hope our Jubilee leaders get the point… On the Ngos/Pbos the Legal Committee had proposed that amendments be dropped but we still need to continue the debate on accountability. The Ngos have to be accountable and effective in their work to benefit more Kenyans. In Jubilee we will re-strategize! In Bunge you snooze you loose….