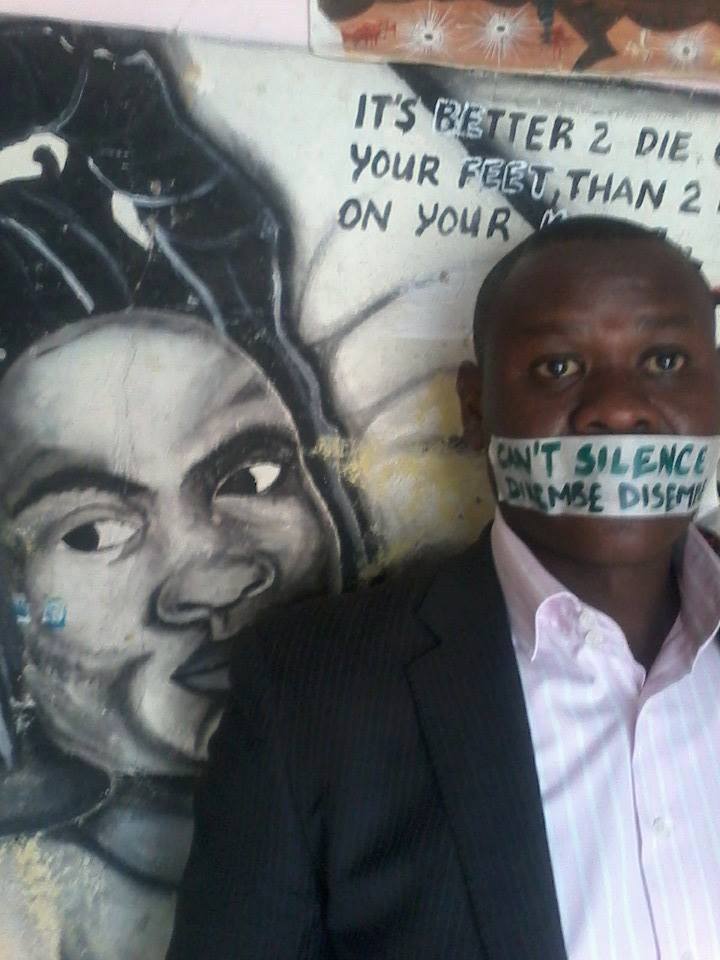 A Former Campaign Manager to Raila Odinga Mr. Eliud Owalo today mobilized and led a team of CORD. politicians,Bloggers and thousands of supporters in visiting and expressing solidarity with CORD Blogger Dikembe DISEMBE at the Industrial Area Remand Prison.

Dikembe,who is facing charges of hate speech was remanded yesterday after Nairobi Magistrate Ms Nderitua set UNREASONABLE BAIL TERMS requiring Dikembe to make a cash bail of Kshs. 2 million, a bond of 5 Million and a surety of similar amount.

A legal team led by senior counsel James Orengo, Denis Konyang’o, Norman Magaya among others will be moving to court on Monday Morning to petition the Court for a revision of the Bail Terms.

Addressing the press after having lengthy discussions with Dikembe, Mr. Owalo stated that Dikembe has been adopted by the opposition as the first Political prisoner of Uhuru Kenyatta’s Jubilee Government.

He want further to state that the release political prisoners pressure group has been RE-launched today,and that the team will meet at the. Freedom Corner of Uhuru Park on Monday at 8 am before proceeding to join the. Orengo team in Court.