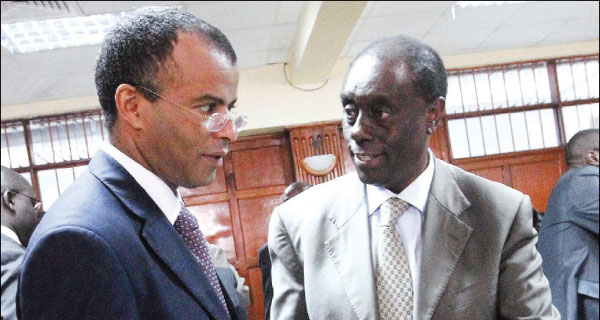 There’s not a way on earth digital migration was going to be delayed. Well connected financiers in the last election already have digital TV merchandise and equipment rotting in go-downs. And they had to upload their gadgets by all means necessary.

Digital migration if well managed has a potential to stimulate the economy because consumer spending will definitely go up in the next few months! as people scramble for digital upgrade equipment. However in the interim period the days when pple watched news in a neighbor’s house will be here, for those who cant afford digital equipment immediately.

But it saddens me that this migration has been mismanaged to line up the pockets of a select few individuals from one side of the government. The poorly connected folks confided in this writer that they have trouble clearing their digital goods from the port of Mombasa.

And so it does appear that this govt, instead of creating new millionaires will continue to enrich the existing 2% of Kenyans top-de la creme while the bottom of the pyramid continues to sacrifice Christmas cash to buy gadgets supplied by some of the TNA allied capitalists. Its kind of a ponzi Pyramid scheme where the poor are conned within the law. Am for Capitalism but not in the structure that Jubilee wants to re-engineer it into what JM Kariuki called a nation of 10 millionaires and 40 million beggars.

I don’t mean Kenya shouldn’t go digital, but dialogue with stakeholders should have been carried out to a logical conclusion, not a dictatorial decrees and arbitrary unilateral setting of a date as Kenyans have recently gotten accustomed to.

And this is scary considering that there’s conflict of interest especially when K24 has sycophantic coverage that makes it sound state-owned media alongside KBC. Its a quasi-state owned media house that advances the interests of the state. So with all media houses frustrated and given false promises of a delay, they feel tricked, because they were lied to, only for them to realize the very last minute that Jubilee wont postpone the migration.

The result is that K24 has now moved from the low tire media house to the the most watched TV station, because of the switch off by KTN, NTV, and Citizen. A few days of switch off by the big 3 is a long time for the public to be fed with state sanctioned propaganda, without a corroborated perspective from the more “credible” channels(Big 3).

Kenyans, thanks to the Jubilee dictatorship will experience how it feels to be in North Korea as they will only watch the propaganda s spewed by state owned KBC and the President’s family owned K24. The media(just like the dairy industry) in Kenya will be killed partly because of conflict of interest by Jubilee top leadership.

Jubilee is a thankless coalition which is fighting the same people who rushed to call their candidate President elect, even before all votes had been counted. The same people who after doing their own parallel tallying in 2013, know who won in March 2013 or whether the first round didn’t produce a winner, but are yet to publish. And they will continue being silenced until they give guarantees that they will never shed light about their own version of 2013 election result numbers.