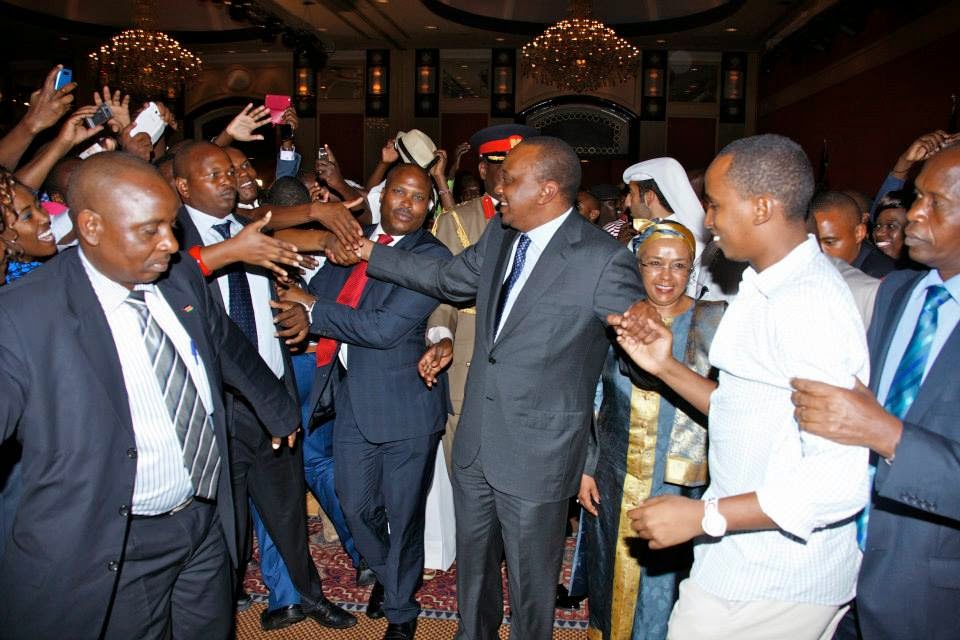 By Gordon Teti
Kenyans in the diaspora are very disappointed with the outcome of the meeting that they held with President Uhuru Kenyatta in Washington on Wednesday, August 6th,2014 6:30 PM – 9:00PM.

As one participant put it “We expected a town hall kind of event where we could ask President Uhuru Kenyatta questions concerning the things that are happening back in Kenya but this did not happen. It was the usual script where leaders come from Kenya and read written speeches to a seating audience who only clap and the leader walks away.”

One Kenyan lady did not mince her words when she said that she was extremely disappointed that President Kenyatta did not talk about the state of insecurity in Kenya and “yet Kenyans are dying every day, bombs are being dropped every where in the country and people are being killed by marauding thugs with machetes something that has never happened in Kenya.” She also raised serious concerns over the death of tourism sector in Kenya because of insecurity