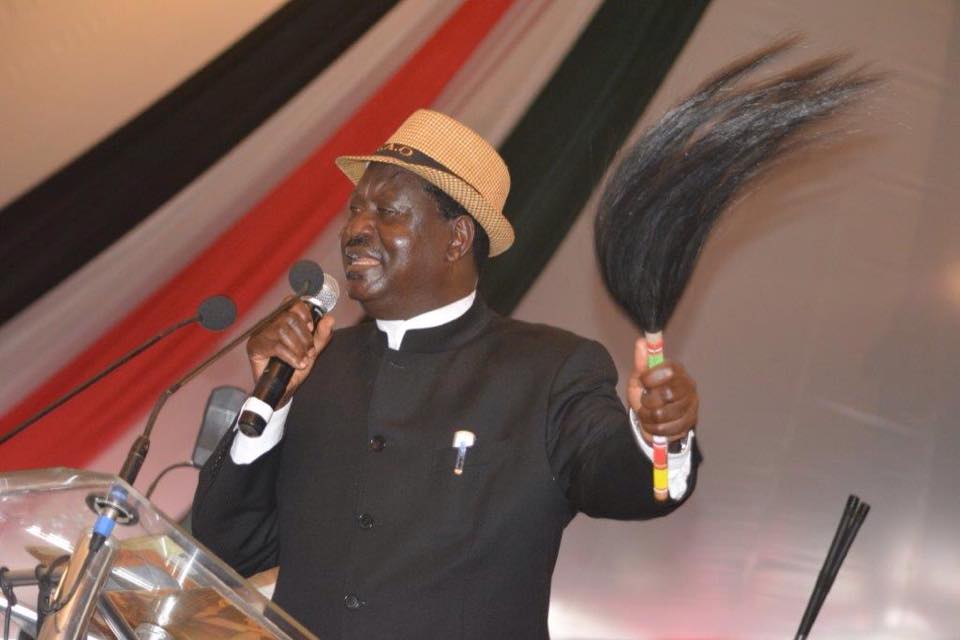 By Charles Odhiambo
They say politics is a game by the smart played dirty, yes- there are communal pacts that shape county leadership across Kenya. Power sharing among the sub regions is considered a key basis for a unified and successful county leadership.

It turns out in the 2013 general election, there was unwritten pact among Homa Bay electorate on how the county elective positions were to be filled, a pact that delivered the current leadership and that will most likely shape the upcoming by-election to replace the late Senator Otieno Kajwang’ .

Here is the power sharing break down that ODM party mandarins should take into account as they make crucial decision in replacing the most trusted ally of party leader Raila Odinga.

Besides this election pact, it is important that the winner will NOT be a Kalausi sympathizer. Raila needs a trusted ally like Kajwang’
“I don’t need Kajwang’s son, wife, brother or sister to become the Senator of Homa Bay County. Let it come out clearly that what I need is a strong candidate who can effectively play the roles Kajwang used to play both in the party and the Senate,” Raila told mourners at Waondo village.

In sharing County Government positions, it was agreed the Governor comes from the Rachuonyo block; the Women Representative and Deputy Governor from the Homa Bay region; and the Senator from the Mbita/Suba region. An Mou was signed that was witnessed by among others elder Otondi, all parliamentary aspirants from Homa Bay county(teamKajwaang aka young mps and team Awiti+Gladys)

From the foregoing election pact we are waiting for replacement from Mbita BUT they MUST present a person Raila can trust as he makes his last kick at the PRESIDENCY in 2017. ODM and Raila cannot afford awatermelon for a Kajwang’ replacement !

Trust issue will most likely haunt and injure Mr Caroli Omondi the former chief of staff at the office of prime minister, Miguna Miguna wrote adverse paragraphs touching on the character of Caroli. Some of Miguna’s revelations have recently been collaborated by Eliud Owalo the 2012/13 Raila presidential campaign manager.

Hon Okundi an engineer by profession is well known for his long tenure as MD of KBC and Kenya Bureau of Standard, he later become Rangwe MP. He is apersonal friend to Raila. He performed disastrously in the 2013 election.Okundi is an old guard and since the ground is shifting for much younger leadership will be disadvantage for him.

Hilary Alila is an ODM diehard with strong links in the party leadership and well grounded and then there is Tom Alila a KANU diehard who in the Ndiwa by-election caused a stir and showed a strong performance but was badly trounced by Hon Augustino Netto.

Rose Kajwang’s handling of co-wife Faith Otieno will most likely hurt her quest to succeed her husband, besides she has no knowledge of the local area, not fluent in dholuo and many regard her as a foreigner. She has neither ground network nor people connection.

Fred Rabongo is unknown to many while Jakakimba a straight shooting long time Raila ally will pass the loyalty test with flying colours just like hon Okundi. Jakakimba is also had a close working relationship with the late Kajwang’. In a senate dominated by dormant old guards Jakakimba will for sure square out and stop any nonsense from Murkomen and Kindiki. Having worked for Raila as personal assistant and private secretary since 2007 he is considered one of the most trusted allies of the former prime minister.

Nairobi based advocate Dennis K’onyango will ignite the county if he declares interest in the seat, he was Jakakimba’s year mate at University of Nairobi’s Parklands law school, K’onyango represented blogger Dikembe Disembe in the famous hate speech case that was allegedly instigated by statehouse officials via Jubilee blogger Mugo wa Wairimu. K’onyango was also a leading luminary of the Attorneys for Raila lobby group that campaigned for Odinga in 2013 presidential election.

Sammy Wakiaga a Finance guru with fast business interest is tagged for County Governor come 2017, he is considered a force and may most likely play king maker, Wakiaga is a key Raila ally. Many in Homa Bay consider him a better governor candidate than a senator.

Martin Ogindo is a former Rangwe MP, he was thrashed by the ever broke Peter Kaluma in the ODM nominations. His ground network is challenged and many will obviously consider him a flower girl.

Seth Odongo aka Dikembe Disembe may pull a surprise, at 23 years of age the Moi University political science and Communication graduate is one of Raila/CORD/OKOA Kenya’s lead bloggers, only last week Nation Media’s Macharia Gaitho while doing a presentation at University of Nairobi termed Dikembe as the NEXT BIG THING in Kenya’s media industry. The young man is talented and can pull masses BUT will not assemble the necessary resources to set him off. The hate speech case he is facing at the courts is a testimony that he is a pain in the ass for Jubilee online team.
Others contenders will emerge in fullness of time mostly the parliamentary losers in the 2013 general election like Dr Shem Ochuodho among others

We wait to see how the campaign and lobbying will shape up and bring you all the exclusives!